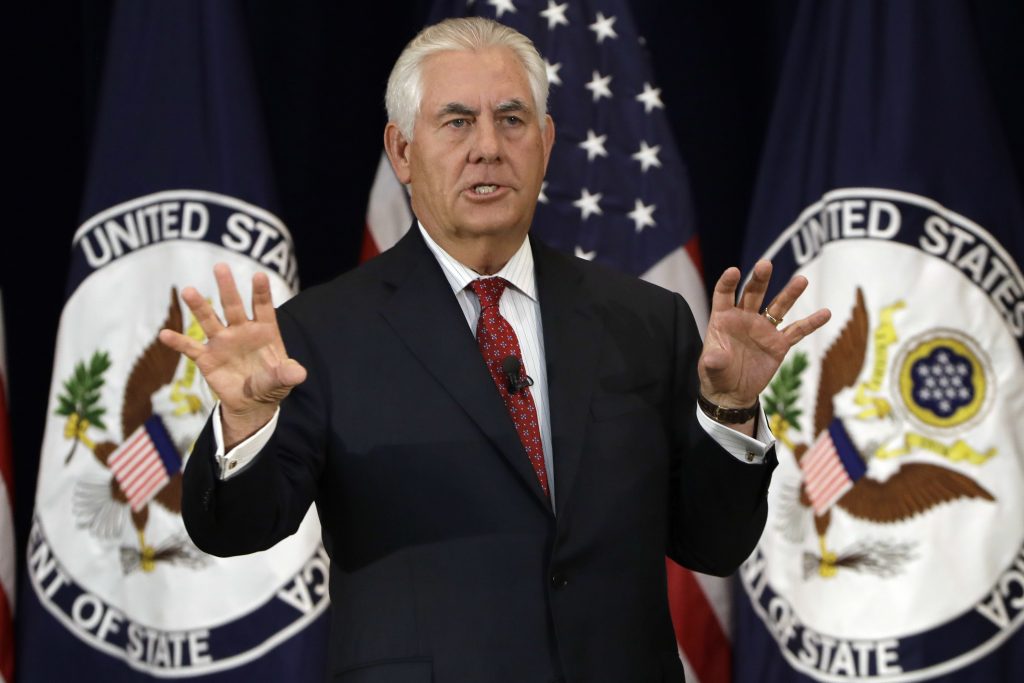 Tillerson was addressing State Department employees Wednesday ahead of a major overhaul of the agency. His comments come amid concern that the Trump administration is deemphasizing human rights.

Tillerson says if the U.S. creates conditions for other countries to engage with the U.S., “it really creates obstacles” to the ability to achieve U.S. security and economic interests. But he says it doesn’t mean the U.S. doesn’t advocate for freedom and other rights.

Tillerson says Trump’s “America First” approach means restoring balance in U.S. relationships with allies. He says over the last two decades, the U.S. “just kind of lost track of how we were doing.”