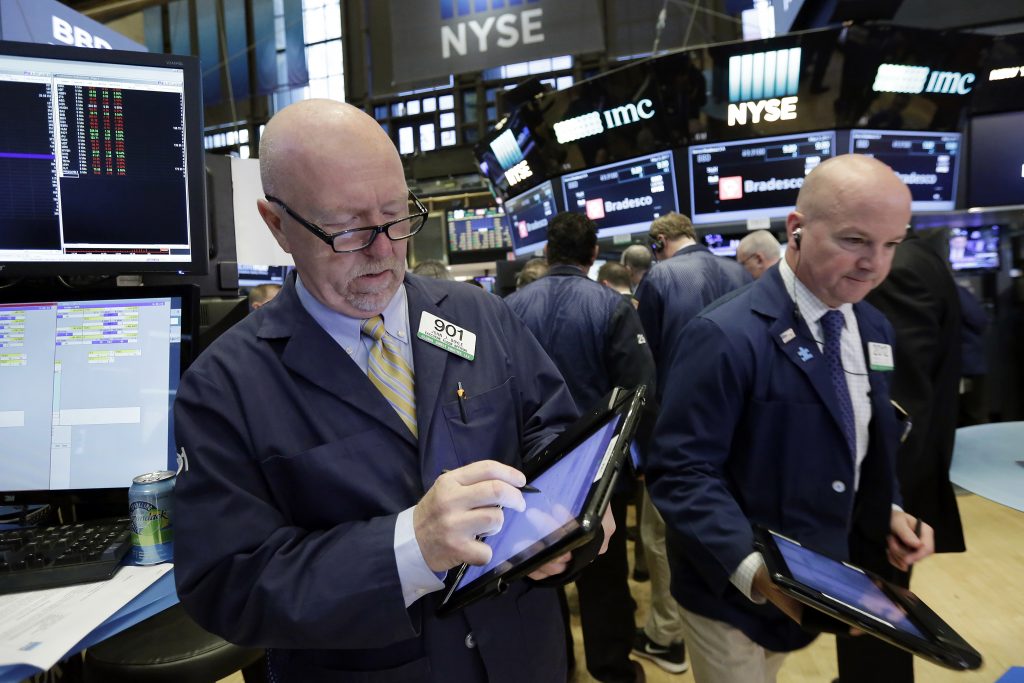 U.S. stocks were lower in early afternoon trading on Wednesday, ahead of a policy-setting statement by the Federal Reserve.

While the central bank is expected to hold interest rates steady, it may hint it is on track for an increase in June. The statement is due at 2:00 p.m. ET.

A 2.2 percent fall in Comcast and a 2.4 percent drop in Walt Disney weighed the most on the three major indexes.

Apple dropped as much as 2.2 percent to $144.27, before recovering to trade 0.3 percent lower, after the company reported a surprise fall in iPhone sales and forecast current-quarter revenue below estimates.

Apple’s disappointing report put a damper on what has been a largely upbeat earnings season, with major stock indexes hovering near record highs.

Strong corporate reports so far had resulted in estimates for first-quarter profit growth at S&P 500 companies increasing to 14.2 percent as of Wednesday, from an estimate of 10.4 percent growth two weeks back, according to Thomson Reuters I/B/E/S.

“We’re about 70 percent through the earnings season, and despite some isolated incidents, overall the season has been great,” said Randy Frederick, vice president of trading and derivatives for Charles Schwab in Austin, Texas.

“And that’s one of the reasons why the indexes are hovering near record levels.”

The Dow Jones Industrial Average, the S&P and the Nasdaq are less than one percent away from their record highs.

“The SPX has spent several days in a consolidation phase, but has yet to see relief from short-term overbought conditions,” said Katie Stockton, chief technical strategist at BTIG in a note.

“This could mean that a shallow pullback is needed to refresh the uptrend and allow for a breakout to new highs.”

Nine of the 11 major S&P 500 sectors were lower, with the materials index’s 1.16 percent fall leading the decliners.

Anadarko Petroleum fell 9.2 percent after one of its wells was linked to a fatal explosion at a Colorado home.