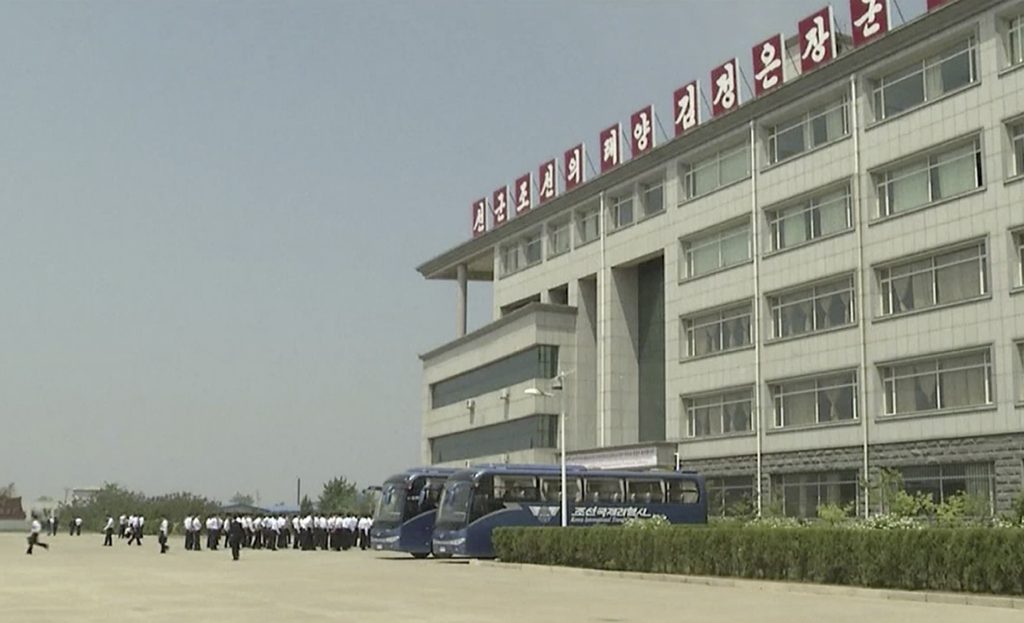 North Korea said on Wednesday that an American man it had detained in late April, the third U.S. citizen being held by the isolated country, was intercepted because he was attempting to commit “hostile acts.”

The state-run KCNA news agency said the American, identified last month as Kim Sang Dok, was arrested on April 22 at the Pyongyang airport for committing “hostile criminal acts with an aim to subvert the country.”

The latest information about Kim’s detention comes as tensions on the Korean Peninsula run high, driven by concerns that the North might conduct its sixth nuclear test in defiance of U.S. pressure and United Nations sanctions.

The United States is negotiating with China, North Korea’s sole major ally, about a stronger U.N. Security Council response, although Washington has also reiterated that all options for dealing with the North remain on the table.

North Korea, which has been criticized for its human rights record, has in the past used detained Americans to extract high-profile visits from the United States, with which it has no formal diplomatic relations.

KCNA said on Wednesday Kim had taught an accounting course in Pyongyang.

“Invited to Pyongyang University of Science and Technology (PUST) to teach accounting as a professor, he was intercepted for committing criminal acts of hostility aimed to overturn the DPRK, not only in the past but also during his last stay before interception,” KCNA news agency said, using North Korea’s official name of the Democratic People’s Republic of Korea.

Kim, who also goes by his English name Tony Kim and is in his 50s, was detained at Pyongyang International Airport as he attempted to leave the country, the university’s chancellor had said previously.

PUST said in an email to Reuters that it did not believe Kim’s detention was related to his work at the university.

A PUST spokesman, who asked not to be identified, said Kim’s wife, who was with him when he was arrested, had since returned to the United States.

“Mrs. Kim left the DPRK and is now back in the U.S.A. with family and friends,” the spokesman said. “We certainly hope for a positive resolution as soon as possible.”

The other two Americans already held in North Korea are Otto Warmbier, a 22-year-old student, and Kim Dong Chul, a 62-year-old Korean-American missionary.

Warmbier was detained in January 2016 and sentenced to 15 years of hard labor for attempting to steal a propaganda banner.

Two months later, Kim Dong Chul was sentenced to 10 years of hard labor for subversion. Neither has appeared in public since their sentencing.