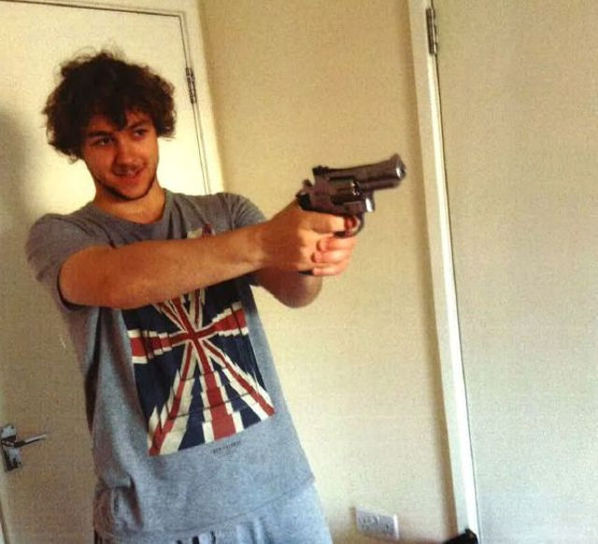 A man who left a bag packed with explosives and ball bearings on a London underground train on its way to the Canary Wharf financial district last October was convicted on Wednesday of planning to cause an explosion.

Damon Smith, a 20-year-old student, assembled the device using instructions taken from an Al Qaeda-published magazine, prosecutors said after he was found guilty by a jury.

He set the timer and left the train but the bomb failed to explode and was later reported by passengers. It was made safe by police at North Greenwich station on the Jubilee line, one stop away from Canary Wharf.

Smith was arrested shortly afterwards but claimed the device was just a smoke bomb and that the whole incident had been a prank.

“Damon Smith’s actions were incredibly dangerous, and the consequences had the device worked do not bear thinking about,” said Sue Hemming of the Crown Prosecution Service.

“Although he claimed this was a prank, the bomb he left on the train was clearly designed to cause horrific injuries,” she added in a statement.

Statements from the CPS and the police did not give a motive for Smith’s actions.

Smith was convicted at the Old Bailey court and will be sentenced at a later date.