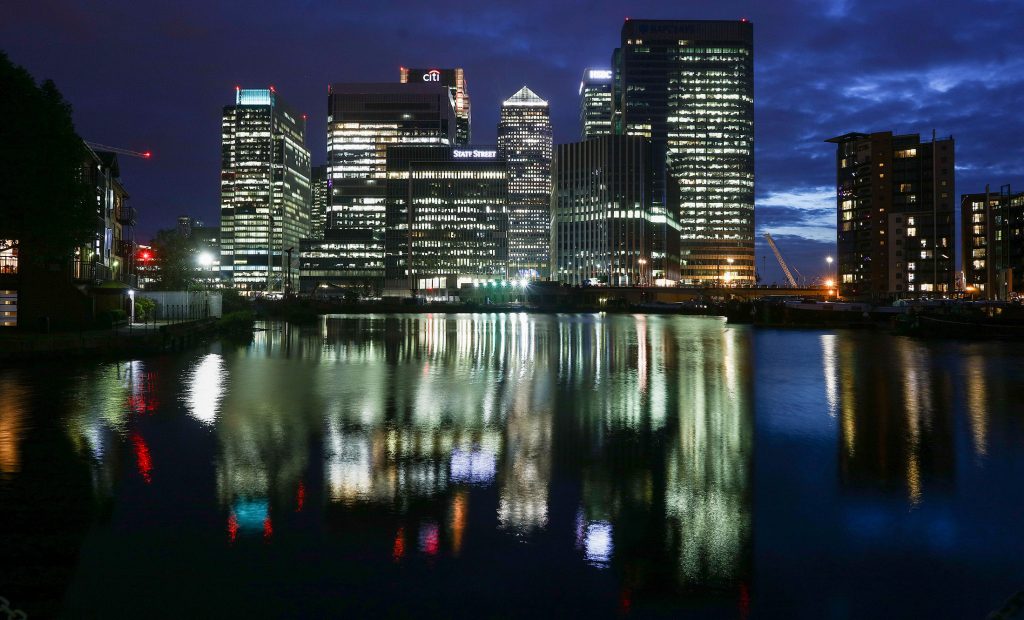 “We are going to use the three banks we already have in Europe as the anchors for our operations,” Daniel Pinto said in an interview Tuesday in Riyadh, referring to the New York-based firm’s local entities. “We will have to move hundreds of people in the short term to be ready for day one, when negotiations finish, and then we will look at the longer-term numbers.”

Global banks are preparing to move some London-based operations into new or expanded bases inside the EU after British Prime Minister Theresa May began the formal process for quitting the 28-nation bloc. Before last year’s referendum, JPMorgan Chief Executive Officer Jamie Dimon told U.K. employees that as many as 4,000 could be relocated in the event of Brexit. In January, he said that number could be higher — or lower — depending on how the government’s negotiations played out.

“We have to plan for a scenario where there is no U.K.–EU passporting deal, and we have to move a substantial portion of our business to continue serving our European clients,” Pinto said. “We’ll have to wait to see what kind of deal can be achieved and see what we need to do from there.”

EU chief Brexit negotiator Michel Barnier on Wednesday ruled out any immediate negotiations on transitional arrangements for the U.K.’s withdrawal from the bloc, the central demand of London-based finance firms. Any discussions on the future trading relationship between the two sides probably won’t start until the end of the year at the earliest, Barnier told reporters in Brussels.

JPMorgan is the latest bank to flesh out its plans for Brexit as the countdown ticks away toward Britain’s March 2019 withdrawal from the bloc. Deutsche Bank AG said last week it may move 4,000 staff from London, Barclays Plc said it will activate its contingency plan within six months, and Goldman Sachs Group Inc. said it would likely begin relocating positions next year.

Frankfurt and Dublin are the favored destinations. Standard Chartered Plc announced Wednesday that it had picked Germany’s financial hub for its new EU base while Goldman Sachs and Morgan Stanley are weighing a similar decision, and Barclays is considering the Irish capital. Luxembourg is proving popular with insurers and asset managers, with insurance giant American International Group Inc. saying on March 8 that it plans to open an operation there.

JPMorgan is already scouting for office space in Dublin and Frankfurt, Bloomberg News reported in March. The lender may lease 50,000 square feet (4,645 square meters) to 150,000 square feet of space and wants flexibility from landlords to shrink or expand, depending on what deal May secures.

London could lose 10,000 banking jobs and a further 20,000 roles in financial services, according to the Bruegel think tank, while other estimates range from as little as 4,000 to as many as 232,000 jobs.

Separately, Pinto also said he was bullish on the Middle East and North Africa, where the bank plans to add to its 200 staff and build its businesses in payment processing, asset custody services and investment banking. Pinto was speaking on the sidelines of Euromoney’s conference in Saudi Arabia, which has embarked on an unprecedented series of reforms as it looks to diversify the economy from oil.

“Our business in this region will grow along with this reform process, and I’m bullish on emerging markets in general,” said Pinto, who was one of the conference’s keynote speakers. “We are well positioned in this region, Asia and Latin America. Where there is a combination of faster growth and underdeveloped financial markets, we can be a big part of that process.”

JPMorgan was among banks hired by the Saudi government for a $9 billion international Islamic bond sale and also worked on the kingdom’s debut sovereign debt issue in October, which raised $17.5 billion.