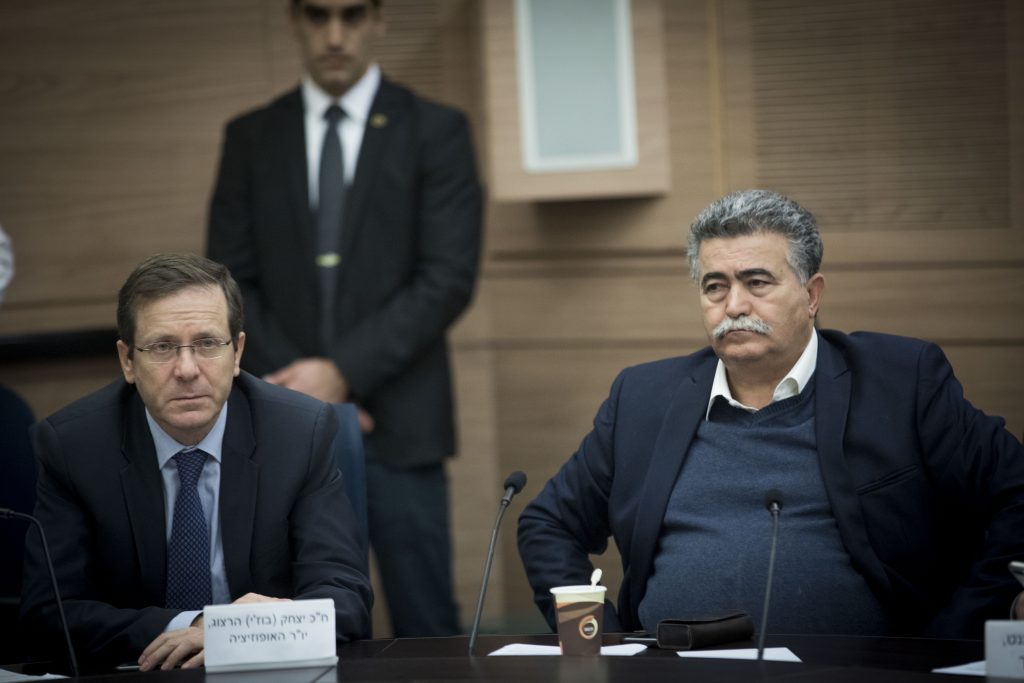 Opposition leader Isaac Herzog has disavowed a statement by MK Amir Peretz, a senior member of his Zionist Camp party, which promised Israeli Prime Minister Binyamin Netanyahu unconditional support if he makes a peace deal with the Palestinians, The Times of Israel reported on Wednesday.

“We in the Zionist Camp faction will grant him a safety net for a political move toward making a peace agreement without preconditions and without portfolios if he chooses to take the path of political settlement,” Peretz, a former defense minister and current contender for party leadership, said.

“We hope the meeting between Trump and Abbas will bear fruit and advance the chances for a political settlement of two states for two peoples, an arrangement that is of great Israeli interest.”

Herzog’s office made clear that Peretz had no authority to speak for the party.

“The leader of the opposition is in favor of a diplomatic process as he has said dozens of times and has been involved in efforts that have cost him nearly all of his political capital; however, Peretz released that statement on his own volition,” a statement from Herzog’s spokesperson said.