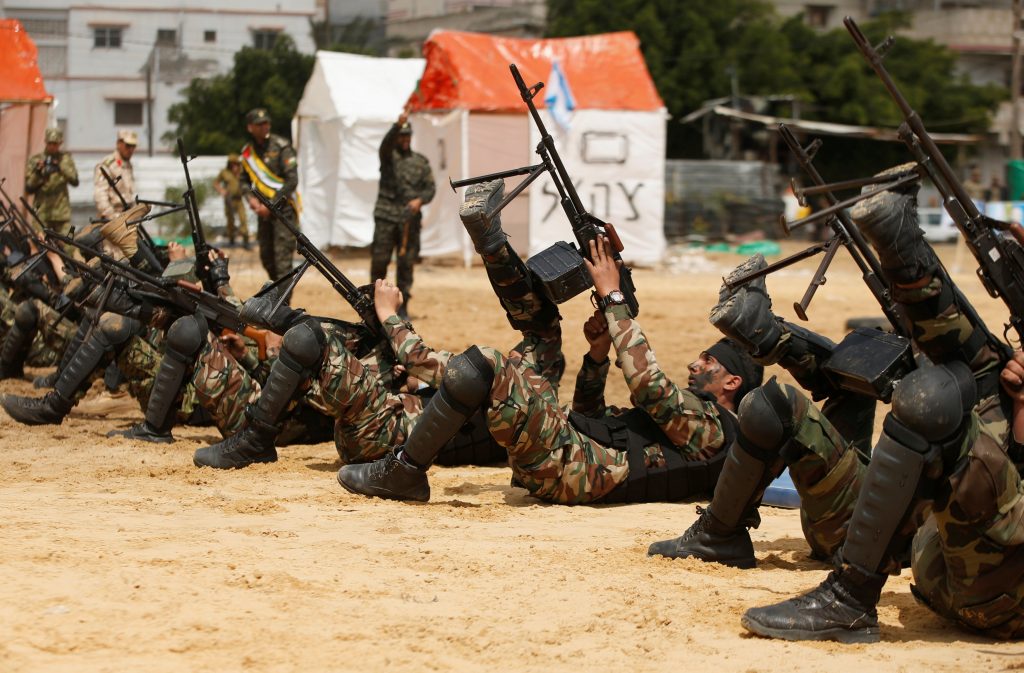 In an interview Tuesday night, Hamas diplomatic chief Khaled Mashaal said that a new charter introduced by the terror group is an “opportunity” to jump-start the peace process, and that the group was urging the administration of President Donald Trump to “take advantage” of Hamas’s policy changes “to bring about change in the Middle East.”

In the interview with CNN, given by Mashaal from his residence in Qatar, the Hamas terrorist said that the new charter was “enough” to qualify Hamas as a part of the peace process. International players “must take advantage of this opportunity to act seriously with Hamas, the Palestinians and the Arabs to pressure the party that refuses to budge, which is Israel. This is my message to the Trump administration – that there is an opportunity, because this administration has different approaches. It is bolder” than previous administrations, Mashaal said, and it should use that boldness to pressure Israel.

Hamas presented its new charter on Monday, in advance of the meeting Wednesday between Palestinian Authority chief Mahmoud Abbas and U.S. President Donald Trump. According to the new charter, a revision of its 1988 charter, Jews are no longer the enemy; Zionists are, but a Zionist is anyone who lives in, or was born in Israel and has not consciously rejected Zionism, and has served in the IDF. The charter also recognizes and accepts that a Palestinian state will be established in the “occupied territories” of Yehudah and Shomron liberated by Israel in the 1967 Six Day War, but it does not recognize Israel’s existence in the rest of “historic Palestine,” which still belongs to the “Palestinian people.”

According to the charter, “Hamas believes that no part of the land of Palestine shall be compromised or conceded, irrespective of the causes, the circumstances and the pressures, and no matter how long the occupation lasts. Hamas rejects any alternative to the full and complete liberation of Palestine, from the river to the sea.” It also reserves the right to use any means, including violence, to rid the land of its “Israeli occupiers.”

The new charter, Hamas sources say, positions the group to compete in the international diplomatic arena, providing those inclined to support it with a document they can point to that shows the group subscribing to international norms. However, in a statement, the Prime Minister’s Office said that nothing had changed. “Hamas’s document is a smoke screen,” it said. “We see Hamas continuing to invest all of its resources not just in preparing for war with Israel, but also in educating the children of Gaza to want to destroy Israel. The day Hamas stops digging tunnels and diverts its resources to civilian infrastructure, and stops educating children to hate Israelis, that would be real change.”