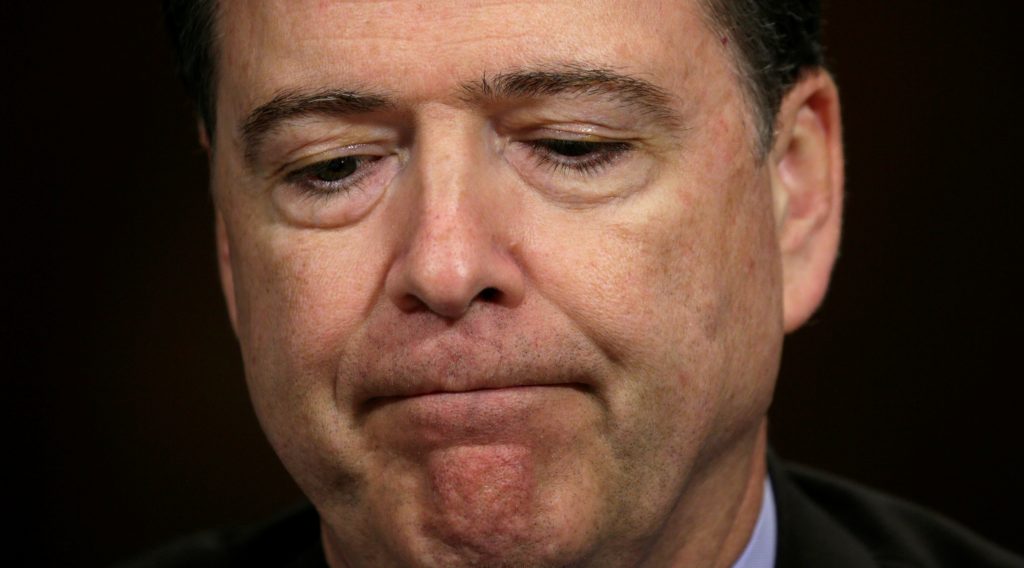 FBI Director James Comey said on Wednesday that it made him “mildly nauseous” to think that reopening an investigation of Hillary Clinton’s emails affected the 2016 presidential election, but he had no regrets and would make the same decision again.

In four hours of testimony before the Senate Judiciary Committee, Comey delivered his most impassioned defense yet of a decision that many Democrats believe cost them the White House: telling Congress 11 days before the Nov. 8 election that the FBI had uncovered a new trove of Clinton-related emails.

Comey said he felt he had to speak out at that time because he had repeatedly told lawmakers that the Clinton email probe was over.

“To not speak about it would require an act of concealment in my view,” Comey said. “Concealing, in my view, would be catastrophic.”

He told the panel that one reason for the FBI’s renewed interest in Clinton’s case was that investigators had found emails, some of them classified, forwarded by Clinton’s assistant Huma Abedin to her husband, who was not authorized to see such information.

“It makes me mildly nauseous to think that we might have had some impact on the election, but honestly, it wouldn’t change the decision,” Comey said.

The FBI, which is supposed to remain politically neutral, said a few days later that the new emails did not change its decision not to recommend criminal charges against Clinton, but many Democrats believe the political damage was done.

Clinton said on Tuesday that her election bid was derailed in part by Comey’s announcement about the renewed probe of her use of a private email server while she was secretary of state. She said her effort also was damaged by the WikiLeaks release of her campaign chairman John Podesta’s emails, allegedly stolen by Russian hackers.

Senator Dianne Feinstein, ranking member on the committee, led the Democrats in hammering Comey with questions about why he went public with the Clinton probe but kept silent on an investigation related to the Republican candidate, Donald Trump.

“It’s still very unclear — and I hope director that you will clear this up — why the FBI’s treatment of these two investigations was so dramatically different,” she asked.

U.S. intelligence agencies in December accused Russia of hacking of Democratic emails in an effort to tilt the election to Mr. Trump. Comey confirmed in March that the FBI was investigating possible collusion between Trump surrogates and Russia.

Comey said on Wednesday that the probe into whether Russian hacking activities and American citizens was a classified investigation in its early stages — far different from the almost completed email probe.

Comey declined to comment on whether President Trump, or anyone else, had been ruled out as a possible subject. Moscow has denied the hacking allegations.

The FBI director acknowledged that recent months have been difficult.

“But I think I’ve done the right thing at each turn. I’m not on anybody’s side. It’s so hard for people to see that,” Comey said, adding later, “I don’t have any regrets.”