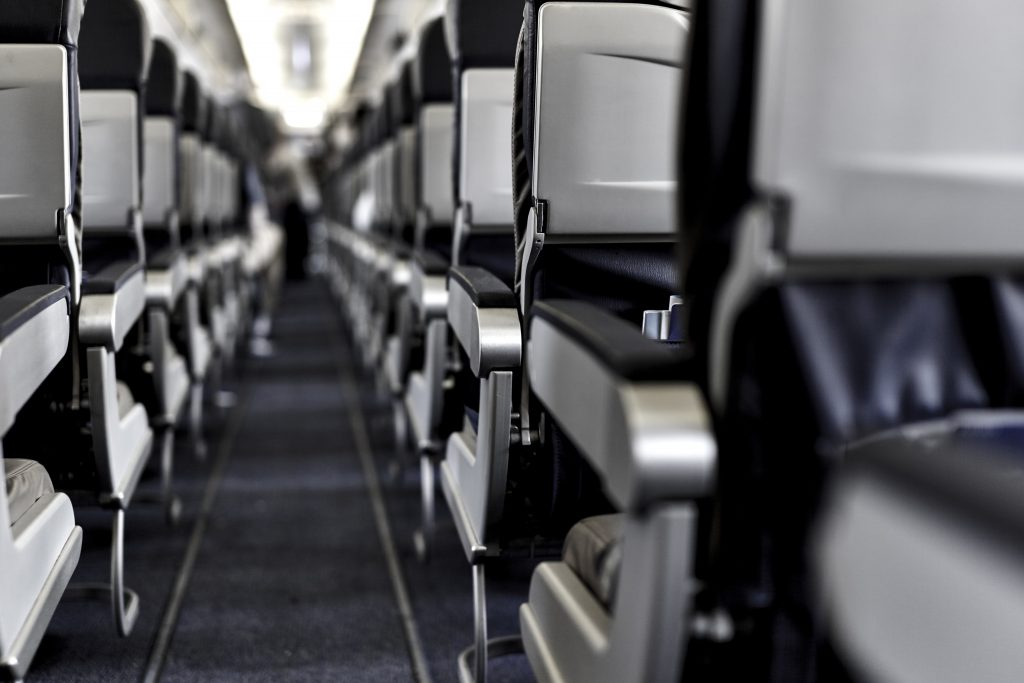 American Airlines Group Inc. is about to give coach passengers even less legroom.

The company will shrink the space between most rows to 30 inches on its newest Boeing 737 jetliners, spokesman Joshua Freed said Wednesday. That’s an inch less than on its existing 737-800 planes. At least three rows on the new 737 Max jets will have only 29 inches, moving the world’s largest carrier closer to the offerings of deep discounters such as Spirit Airlines Inc. and Frontier Airlines.

American’s effort marks the latest push by U.S. airlines to cram more passengers onto each plane by taking advantage of new, slimmer seat designs that are supposed to maximize room for a passenger’s knees even as rows move closer together. America’s newest contribution to the so-called densification trend will begin in the third quarter when the carrier takes delivery of its first 737 Max planes.

“These are well-designed seats built for this kind of a layout,” Freed said in an interview. “We believe we’re still providing a good product for customers.”

He declined to identify which rows will have the least legroom or how many total seats will be on the Max. American will receive four of the narrow-body 737 Max planes this year and 16 in 2018. It has 100 on order with Boeing.

“Just like every airline, with every new plane you look to have an efficient layout that makes use of the space on board and provides customers a good product,” he said. “There is some variability today on many fleets within coach cabins at our airline and others.”

The Max will retain a first-class cabin with 16 seats, and an unspecified number of Main Cabin Extra seats with added legroom. The spots with less pitch — or the distance from the back of one seat to the same spot on the one in front of it — won’t be part of American’s Basic Economy fare, which comes at a lower price but with no extra frills.

Southwest Airlines took advantage of new slimmer designs to add six seats to most of its 737s as part of a cabin refurbishing in 2012, and Delta Air Lines took similar steps three years ago.

CNN earlier reported American’s plans to reduce the space between rows on the 737 Max.