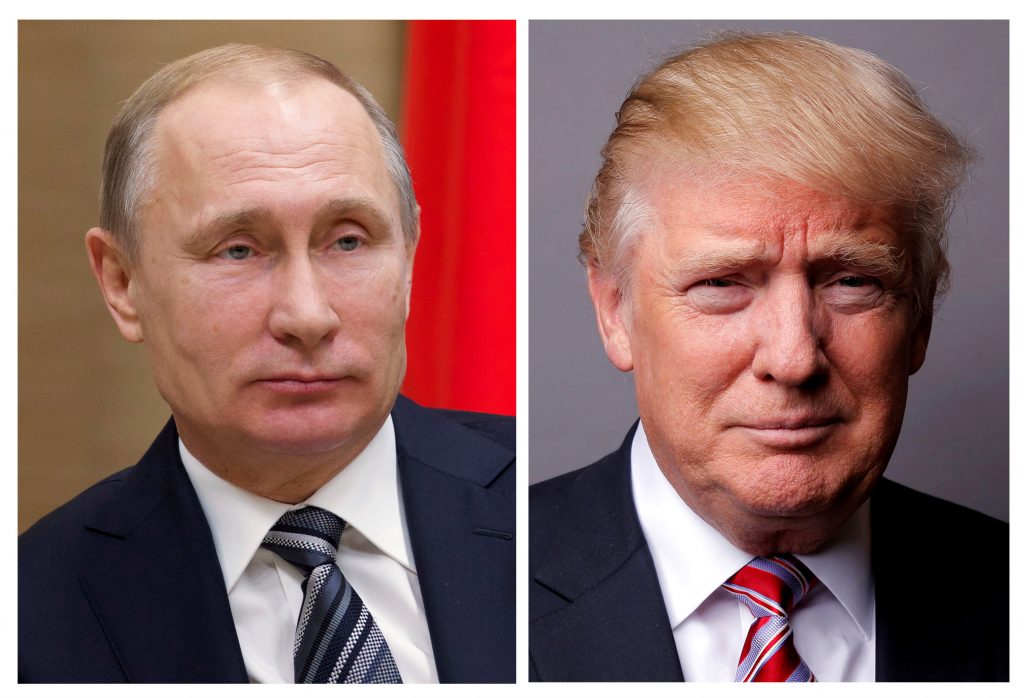 President Donald Trump and Russian President Vladimir Putin signaled the prospect of increased cooperation in Syria on Tuesday, in what the White House called a “very good” phone discussion that included a focus on setting up safe zones in the war-torn nation.

The White House said the leaders also agreed to try to set up their first in-person meeting in July, on the sidelines of an international summit in Germany.

Tuesday’s call marked the first time that Trump and Putin have spoken since the U.S. launched missiles against an air base in Syria, an attack that outraged Russia, one of the Syrian government’s strongest backers. The U.S. military action sparked new tensions between Washington and Moscow, with top U.S. officials sharply condemning Putin’s continued support for embattled Syrian leader Bashar Assad.

But again the leaders appeared to be edging toward closer cooperation following Tuesday’s call. The Kremlin said that President Trump and Putin agreed to bolster diplomatic efforts to resolve the Syrian civil war, which has left hundreds of thousands dead and millions more displaced. The White House announced that it would send a top State Department official to Russian-led talks on Syria that begin Wednesday in Kazakhstan.

“President Trump and President Putin agreed that the suffering in Syria has gone on for far too long and that all parties must do all they can to end the violence,” the White House said. “The conversation was a very good one, and included the discussion of safe, or de-escalation, zones to achieve lasting peace for humanitarian and many other reasons.”

The Kremlin characterized the call as “business-like” and “constructive.” It made no mention of safe zones.

Despite having previously warned against U.S. intervention in Syria, Mr. Trump ordered the strikes against Syrian government targets in early April after accusing the regime of using chemical weapons in a deadly attack on civilians. Russia said the U.S. strikes violated international law.

Some of Mr. Trump’s top advisers, including Secretary of State Rex Tillerson and United Nations Ambassador Nikki Haley, leveled blistering criticism on Russia and Putin following the chemical weapons attack. Yet President Trump has continued to hold out the prospect of a stronger relationship with Russia, which was a cornerstone of his foreign policy platform as a presidential candidate. He took to Twitter days after the Syria strikes to say that “things will work out fine” between the U.S. and Russia and that “everyone will come to their senses.”

The shifts in the Trump administration’s posture came amid a steady swirl of controversy surrounding possible ties between the president’s associates and Russia during last year’s election.

Putin, who met earlier Tuesday with German Chancellor Angela Merkel, denied that Moscow ever interferes in other countries’ elections. He said accusations of Russian meddling aimed at helping Mr. Trump in his race against Democrat Hillary Clinton were “simply rumors” being used as part of a political fight in Washington.

Trump has vigorously denied any nefarious ties to Moscow, calling the Russian investigations a “hoax.”

Tuesday’s call marked the third time Trump and Putin are known to have talked since the U.S. president took office in January.