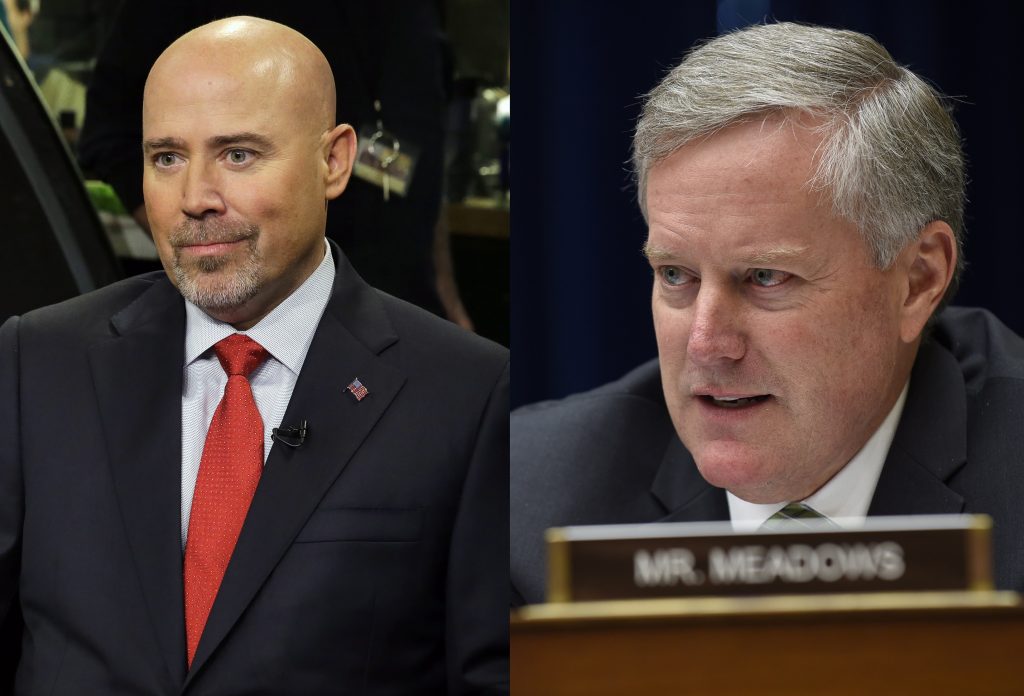 Republicans in the House of Representatives said on Tuesday they were closer to agreeing on a reworked bill to overhaul the nation’s healthcare system but still lacked the votes to pass it, as President Donald Trump pressed lawmakers for a vote.

The White House has been pressuring House Republicans to push ahead with legislation to repeal and replace the Affordable Care Act, commonly called Obamacare, after a first effort failed in March in a stunning setback for the Trump administration.

“I think it’s time now” for a healthcare vote, Mr. Trump said at the White House on Tuesday.

But Republican leaders are struggling to balance the concerns of moderates, who want to protect those with pre-existing medical conditions from being shut out or penalized by insurers, and of conservatives who want to ease what they see as Obamacare’s heavy burden on the economy.

Representative Mark Meadows of North Carolina, who heads the staunchly conservative House Freedom Caucus that helped block passage of the first healthcare bill, said Republicans were still “a handful of votes away.”

The current bill would allow states to opt out of Obamacare provisions that force insurers to charge sick and healthy people the same rates. That is seen as a concession to the Freedom Caucus, which has endorsed the new measure.

But Trump insisted in an interview this week that the protections for those with pre-existing conditions would remain.

“It’s close. It’s close. We’re getting there,” said Representative Tom MacArthur of New Jersey, a moderate Republican who brokered the deal that revived the healthcare legislation.

“I know this is difficult and I know people are worried.”

Republicans have long vowed to repeal Democratic former President Barack Obama’s 2010 healthcare restructuring, arguing that the law, which allowed some 20 million Americans to gain healthcare insurance, was too intrusive and expensive.

During his 2016 presidential campaign, Mr. Trump also vowed to get rid of it.

He made its repeal the first major legislative item of his presidency, investing early political capital, only to see the bill he backed torpedoed by his own party.

This time, the White House appears to be taking more of a low-key approach.

Republicans, however, remain divided over key aspects of the bill, with some lawmakers worrying about a potential spike in the number of people without coverage, or sharp increases in insurance premiums.

Adding to the pressure is the unified opposition of Democrats, many of whom view the 2010 healthcare law as the defining domestic achievement of Obama’s presidency.

House Democratic leader Nancy Pelosi said the U.S. Congressional Budget Office should be allowed to assess the impact of the healthcare bill before a vote is held.

In March, the CBO, a bipartisan research office, forecast that the first Republican-backed healthcare bill would cause 14 million Americans to lose their insurance by next year and 24 million more than now would be without coverage by 2026.

“Republicans have now made the bill even more costly and cruel to American families, likely resulting in millions more Americans not being able to afford coverage,” Pelosi said in a statement.

“The American people have a right to know the full consequences of ‘Trumpcare’ before their representatives vote on it,” Pelosi said.

If a plan passes the House, it is expected to face a tough fight in the Senate, where Republicans have a narrower majority and where some party senators have expressed misgivings about the House bill.

Senate Republican leader Mitch McConnell said on Tuesday that his party did not want to give up on the legislation.