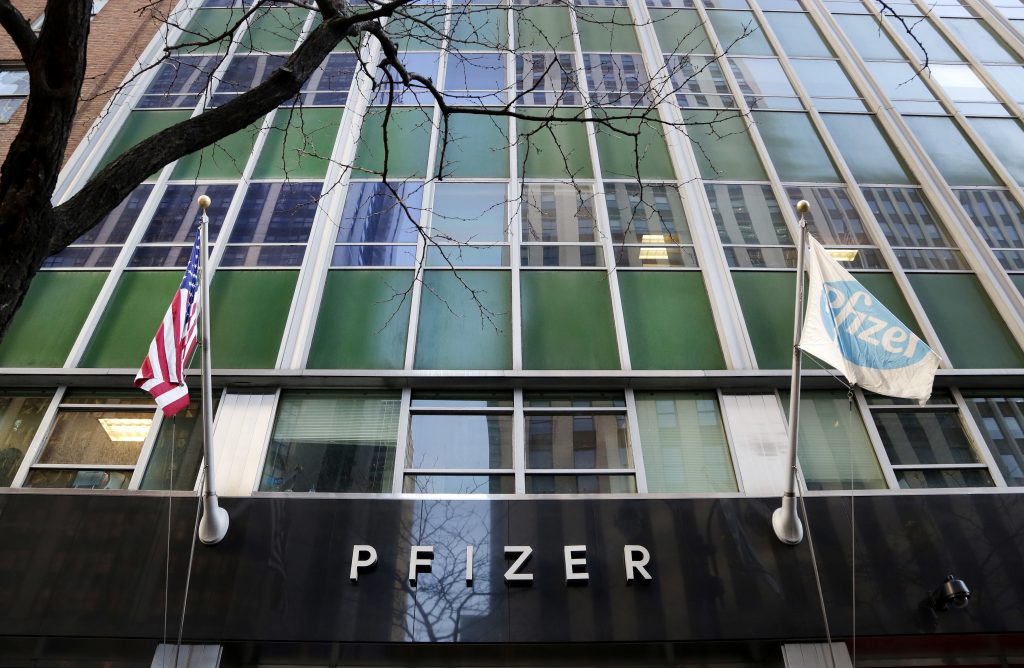 But revenue at the top U.S. drugmaker dipped 1 percent as competition intensified from rival brands and generic copycats. Pfizer is near the end of a years-long stretch in which generic competition cut into revenue from its one-time blockbuster drugs, including cholesterol, heart and pain drugs. Near-copies of Enbrel, an injected immune disorder drug it sells overseas, cut sales 18 percent to $588 million in the quarter, for example.

This year, drugs with sales of about $2.5 billion face generic competition.

Pfizer, which has boosted sales and its pipeline of future drugs through acquisitions in the past, completed two purchases and an asset sale since January of 2016.

Its $14 billion buyout of cancer drug developer Medivation last September gave it prostate cancer drug Xtandi, which had sales of $131 million in the quarter. That helped boost Pfizer’s oncology sales 36 percent, to $1.35 billion. The company told analysts that more cancer drugs are in testing and it expects steady approvals over several years.

CEO Ian Read said Tuesday that the company will continue to look for deals, but is also monitoring potential changes in tax law and health care policy.

Sales of Prevnar 13, the top-selling vaccine ever, fell 7 percent to $1.4 billion. The company made $1.13 billion from fibromyalgia and pain treatment Lyrica, up 7 percent, and $679 million from new cancer drug Ibrance, up 59 percent.

Pfizer Inc. reaffirmed its January forecast for full-year earnings between $2.50 and $2.60 per share, with revenue between $52 billion and $54 billion.

Edward Jones analyst Ashtyn Evans called it a mixed quarter, with disappointing sales of some new medicines but promise from a “solid portfolio of new products.”