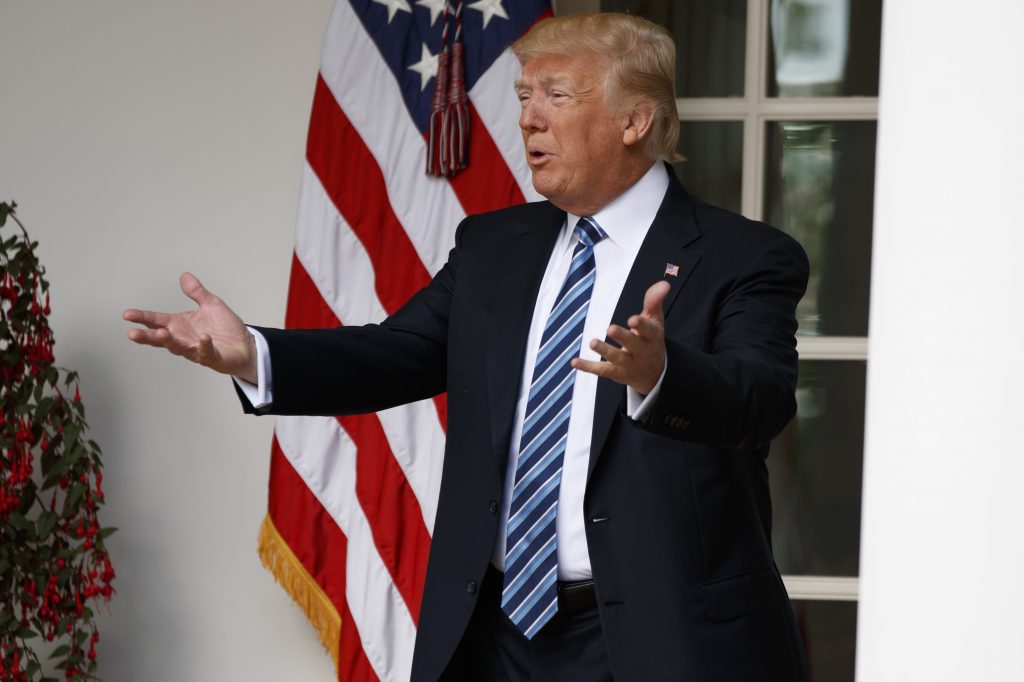 As Palestinian President Mahmoud Abbas prepares for his first meeting with President Donald Trump at the White House on Wednesday, the Arab leader and his advisers are expressing a kind of optimism for a peace deal not heard in years.

The Palestinians are saying they think Mr. Trump might be the one – with the right mix of bombast and unpredictability – to restart peace negotiations with Israel with the aim of securing the Palestinians borders, a capital and a state.

It is an unusual moment because hope is not in abundant supply in the Middle East these days.

Most Israelis and Palestinians tell pollsters that they have low expectations of any change beyond the status quo. Israel’s presence in Yehudah and Shomron turns 50 years old in June, and Mr. Trump has called a possible Palestinian-Israel accord “the toughest deal in the world.”

Similarly, former U.S. peace negotiators in Washington and their Israeli counterparts in Yerushalayim say conditions are not right for renewal of talks.

“There’s no context for a grand deal,” he said. Makovsky said neither Mr. Trump’s base nor the Jewish American community seems to be pushing for new talks.

But Mr. Abbas and his aides insist movement is possible and say Mr. Trump just might be out-of-box enough to surprise.

Nine months of peace talks under then-Secretary of State John Kerry broke down amid bitter recriminations by Israelis and Palestinians in April 2014.

Since then, there was a year-long spike in violence by lone-wolf-style Palestinians terrorists armed with knives and family cars, accompanied by tough countermeasures by Israeli security forces.

Abbas told Japanese reporters last month that he is prepared to hold a trilateral meeting with Prime Minister Benjamin Netanyahu in Washington “under the patronage of President Trump.”

The president sent his former real estate attorney-turned-Middle East envoy, Jason Greenblatt, to Jerusalem and Ramallah in March to explore the possibilities. Greenblatt got good marks from both sides. Mr. Trump also named his son-in-law, Jared Kushner, as his point man for making peace in the Middle East.

In March, Mr. Trump met with Mr. Netanyahu at the White House, where administration officials pushed for constraint on the expansion of Jewish settlements in the West Bank on land the Palestinians want for a future state. Those talks ended with no firm agreement. There are now some 400,000 Jewish settlers living in Yehudah and Shomron.

By the end of the Obama administration, Palestinians leaders had moved away from seeing Washington as the key to a peace deal, emphasizing instead their campaign to “internationalize” the Palestinian quest for statehood, through U.N. resolutions and a symbolic gathering of world diplomats in Paris.

Mr. Trump has spoken with Mr. Abbas on the telephone. The meeting Wednesday will be their first face-to-face.

Mr. Abbas, 82, is not known for his oratory or sparkle, in public or private. He is often guarded and doesn’t do news conferences or tweet. He is unpopular among his own people, who question his legitimacy. Palestinian elections are years overdue.

But Mr. Abbas and his circle want to hear what Mr. Trump has to say. “We are glad that now the U.S. administration listens about us from us, and not from third parties,” Abbas told the Japanese daily.

Jibril Rajoub, a top Palestinian official and a leader of the dominant Fatah political party, told The Washington Post on Monday, “We are very optimistic. I was in the States recently and I was told this conflict is propriety issue for President Trump and he is serious to engage and have the ultimate deal.”

Rajoub said: “From our side we will cooperate with President Trump. We believe that he is not in the pocket of anyone, except the American people, and his interest [is] in ‘America First,’ which means protecting American interests all over the world, and American national security, which means settling the core of the conflict in the Middle East.”

The new chief representative of the Palestine Liberation Organization, Husam Zomlot, told the Israeli newspaper Haaretz last week: “When you have a president who from day one commits himself to peace, and invests time and effort in reaching a solution, that’s the definition of a historic opportunity.”

“President Trump has the political capital, the relationships with all the parties involved, and the will to actually achieve this goal,” Zomlot said.

Some administration officials have pushed for a regionwide push to solve the Israel-Palestinian conflict, a grand bargain that would give the Palestinians a clear road to statehood in exchange for the moderate Arab states’ public recognition of Israel.

Mr. Netanyahu often says he is prepared to meet Mr. Abbas anywhere, anytime, without preconditions – before listing his preconditions: that Mr. Abbas must recognize not only Israel, which Abbas has done, but Israel as “the Jewish state.” Mr. Abbas has been reluctant to do so, in part, because more than 20 percent of the Israeli population are Palestinian Muslims and Christians.

Today, Israel and its congressional supporters are urging Mr.Trump to push Abbas to stop social welfare payments that the Palestinian Authority makes to the families of Palestinian prisoners and Palestinian terrorists, either wounded or killed by Israeli forces during terrorist attacks.

This will be hard for Mr. Abbas to do. Prisoners and martyrs are almost unassailable in Palestinian society. The issue is even more thorny for Abbas, as one of his main rivals, Marwan Barghouti, and hundreds of other prisoners began a hunger strike more than two weeks ago. Barghouti was convicted by an Israeli court of five counts of murder and membership in a terrorist organization.

Mr. Abbas is also hemmed in by the Islamist terrorist movement Hamas, which has controlled the Gaza Strip since 2007.

If Mr. Trump asks Abbas if he speaks for the Palestinians in Gaza, his answer might be a muddle.

Mr. Abbas has been fighting with rival Hamas over payments to government workers in Gaza, security arrangements and taxes, and who should pay to keep the lights on in the economically crippled enclave.

Earlier this week, Hamas issued a policy document, a kind of addendum of its hard-line anti-Jewish founding charter. The new document states for the first time an apparent acceptance of an interim Palestinian state along 1967 borders, without recognizing Israel. Some see a softening of Hamas positions, to stay relevant. Israel called it propaganda from a terror organization.

Dennis Ross, the longtime U.S. peace negotiator, said at a panel on Monday in Washington that after 30 years, “I can safely say that we are at a low ebb.”

Ross said: “There’s complete disbelief on both sides in an ultimate deal.”