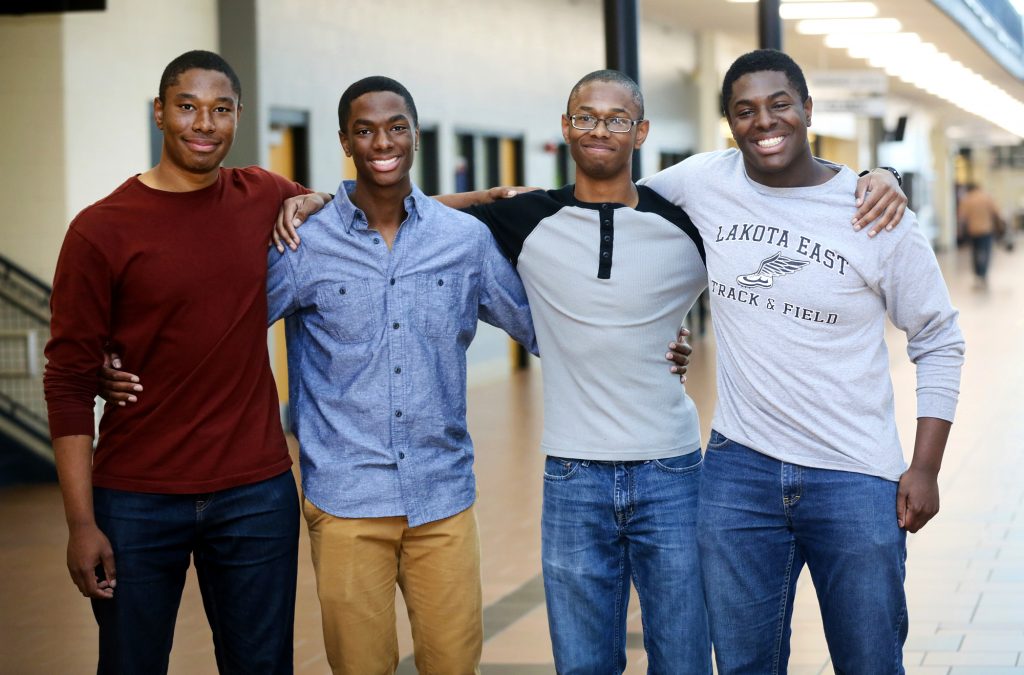 Four quadruplet brothers from Ohio revealed Monday that they will all attend Yale University, following an impressive round of acceptances from top colleges across the country.

Nick, Nigel, Zach and Aaron Wade of Liberty Township, Ohio, were accepted at both Harvard and Yale, as well as several other top universities. Nick got into Duke and Georgetown. Aaron could count Stanford among his options. Zach was accepted at Cornell, and Nigel at Johns Hopkins and Vanderbilt. And that doesn’t even cover the full list.

Ultimately, though, all four decided to accept Yale’s offer, according to NBC News, which reported the brothers’ choice on Monday. Nick Wade confirmed the decision to The Washington Post with an email that said, “We’re all heading to Yale!”

“Yale won,” their father, Darrin Wade, told NBC. “They made the best offer, and it was the benchmark for my sons.”

NBC reports that financial aid played a role in the siblings’ decision. Via the network: Yale offered all four brothers from Liberty Township, Ohio, an “extraordinary” financial aid package, which no other college could beat.

According to the network, Aaron struggled with his choice. He told NBC that he visited Stanford and loved the school.

“But at the end of the day, Yale made sense logistically — and it’s an amazing school,” Aaron told NBC. “I don’t regret my decision even though right now it kind of feels like a sacrifice.”

Darrin Wade works for General Electric, while his wife, Kim, is a school principal. The couple, who were initially told that they were expecting twins, have been thinking about this for some time, Darrin Wade said this year.

“I remember they were doing an ultrasound, and they said, ‘Mr. Wade, you better sit down.’ I said, ‘What’s going on?’ They said, ‘There’s not two. There’s four,'” Wade said. “It was really at that point in time that I tried to figure out how we’re going to pay for school.”

More than 32,000 people submitted applications for the Class of 2021 at Yale, according to the university’s website. The university admitted fewer than 2,500.

This isn’t the first time that the prestigious institution has admitted quadruplets, though. A few years ago, Kenny, Martina, Ray and Carol Crouch earned slots at the university. All four of those quadruplets also selected Yale, according to The New York Times.

“Honestly, to have one child from a family be accepted to a school like this is amazing,” Zach Wade told The Post earlier this year. “But for all four to be accepted — I just don’t, I don’t know how it happened.”