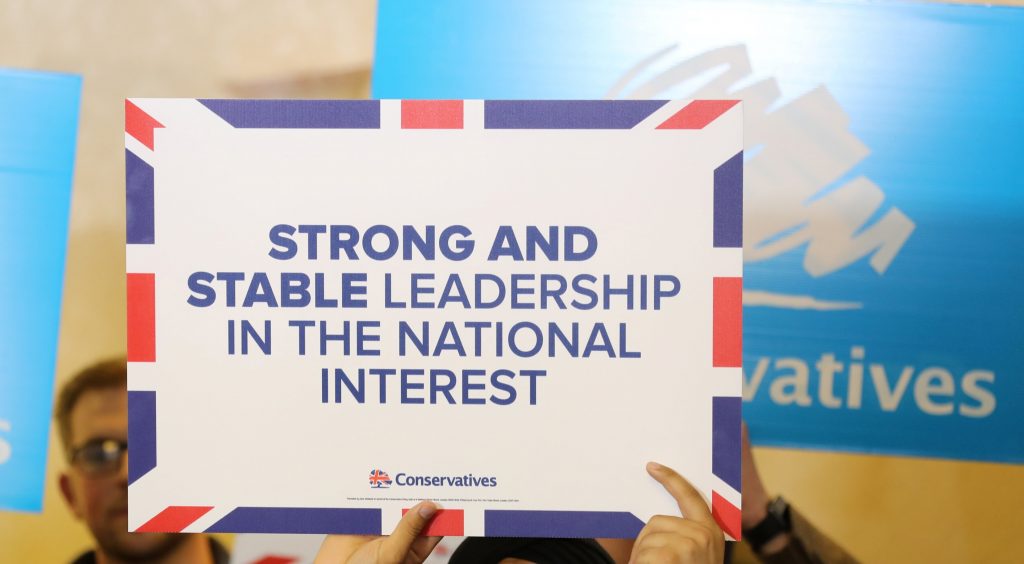 Five weeks before the general election, local votes in many areas of England, Scotland and Wales will test the mood of the country.

Opinion polling suggests that Prime Minister Theresa May’s Conservatives are set to extend their parliamentary majority and local contests. Thursday will be “a very useful guide to what will happen on June 8,” according to Michael Thrasher, who specializes in local elections at the University of Plymouth.

The latest national polls suggest that May could be on course for the sort of House of Commons majority enjoyed by Tony Blair and Margaret Thatcher as she seeks a mandate for her Brexit strategy. So the question is whether May’s personal approval ratings and the sheer unpopularity of her rival, Labour leader Jeremy Corbyn, will translate locally as well.

The highest-profile contests are those for newly created mayors for regions. In the West Midlands, which had the highest Brexit vote last year, Tory candidate Andy Street is seeking victory in a region where Labour won 21 of 28 electoral districts in the 2015 general election.

Given the shift in polls since then, the former John Lewis Plc managing director is now “absolutely the favorite” to beat Labour’s Sion Simon, according to University of Strathclyde professor John Curtice. “Losing the heart of England, which has lots of marginal seats” at stake in the general election, would be a worrying result for Corbyn, he said.

Street’s campaign literature includes “loads of pictures” of him with May, notes Tony Travers of the London School of Economics. Voters “might be tempted by Mrs. May’s general approach to politics,” Travers says.

A second key contest will be in the West of England region, where a Conservative victory would mark a shift in sentiment from a year ago, when Labour’s Marvin Rees was elected mayor of Bristol, the area’s biggest city.

The widest test of party support Thursday will be in 34 councils across England, and here “something rather profound is happening,” according to Thrasher and his Plymouth colleague Colin Rallings. Most of these are counties that exclude major urban areas — and there are no votes in London at all. Calculations by the two point to “quite a dramatic rise” in Tory support in the past six weeks.

Rallings and Thrasher forecast the Conservative share of the national vote on Thursday to be 35 percent, up from 26 percent the last time the same councils were contested four years ago.

Labour are unchanged on 29 percent, but the Liberal Democrats are up 8 percentage points to 21 percent. The U.K. Independence Party’s vote share is predicted to collapse to 8 percent from 14 percent.

And those forecasts may be failing to take full account of the surge in support for May’s Conservatives. “If anything we’re undershooting the Tories and underestimating Labour’s losses,” says Thrasher. May’s party already controls 17 of these councils but will be looking to add to that.

May’s campaign in Wales hit the national headlines last week with a YouGov poll suggesting the Tories might win a majority of House of Commons seats there for the first time since the 1850s. The Conservatives are also set for gains in elections to the 22 district councils, most of which were last contested five years ago, though perhaps not so spectacularly.

The Tories currently have just over 100 council members across Wales, compared with nearly 600 for Labour, the traditionally dominant party. So if the Conservatives gain a net 50 seats or more, they’ll be doing very well, according to Roger Scully of Cardiff University. Labour, on the other hand, “are likely to get another kicking,” Scully says, losing control of the three main cities: Cardiff, Swansea and Newport.

The electoral system used for Scotland’s local councils makes it hard to predict the number of seats that will change hands. But it looks as if Labour “is heading for disaster north of the border,” including losing control of Glasgow, the largest city, according to Curtice. The Tories may win control of one district — East Renfrewshire — while they should also gain seats in northeast Scotland.

The last time the 32 Scottish districts were contested in 2012, Labour and the Scottish National Party were pretty much neck-and-neck with the Tories trailing well behind. SNP support peaked in 2015 with a 50 percent share of the Scottish vote in the general election.

The extent of the SNP’s gains is unclear. If it takes around 42 or 43 percent of the vote, it should become the largest party on about 22 councils and start to dominate local government as it does the semi-autonomous Scottish administration in Edinburgh, Curtice says.

There are caveats to reading too much into the results, which will start to be announced in the early hours of Friday morning. Many people will be voting with local issues in mind, not Brexit or Scottish independence. And turnout will be low, a third to 40 percent is the norm in urban areas, compared with 66 percent in the 2015 general election.