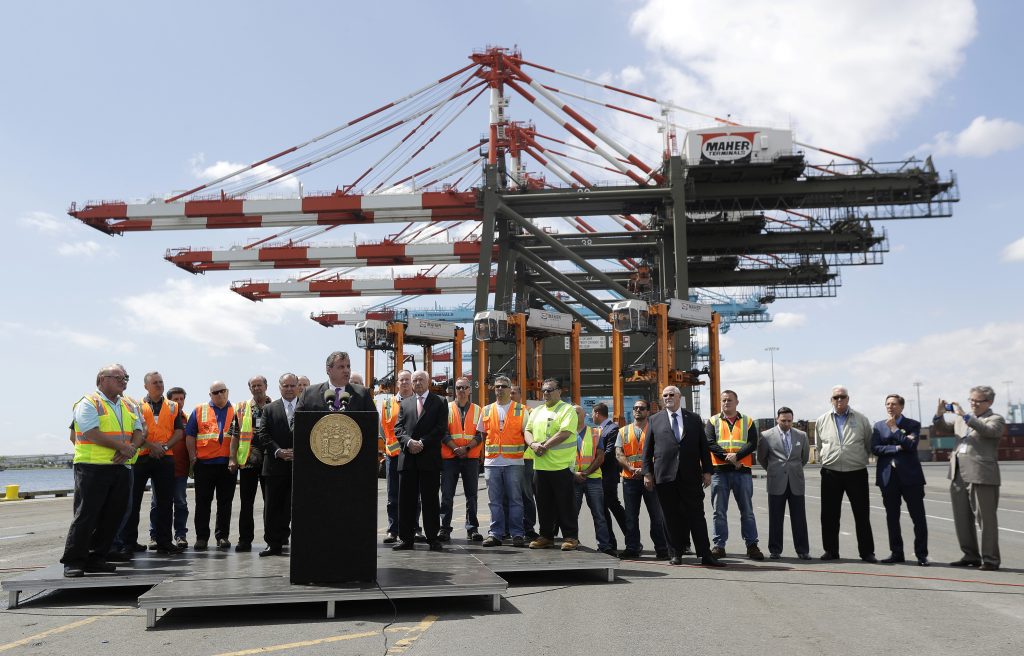 Work to remove the existing lower roadway of the Bayonne Bridge will be completed six months ahead of schedule, New Jersey Gov. Chris Christie said on Tuesday.

The Republican governor said the work should be completed by June 30 as part of a $1.6 billion project to allow bigger cargo ships to reach New York City-area ports.

The Bayonne Bridge currently has a navigational clearance of 151 feet. The newly raised roadway will provide a clearance of 215 feet — the same as the Verrazano-Narrows Bridge in New York.

The previous height limited the size of vessels that could pass underneath on the way to the ports of Newark and Elizabeth. Ships’ masts passed mere feet below the span. Officials say the larger ships will reduce operating costs for shipping lines.

The Port of New York and New Jersey is the busiest port on the East Coast and the third-busiest in the country after Los Angeles and Long Beach.

A separate project completed late last year deepened navigation channels in New York harbor, at a cost of $2.1 billion, in anticipation of the larger ships.

The Port Authority initially hoped to accommodate larger ships in 2016, but officials revised that estimate in 2015, citing construction delays related to weather and structural problems with the bridge’s steel.

The larger ships are expected to be able to pass under later this year.

The new roadway has wider lanes and a median. It’s the first Port Authority bridge to use cashless tolls.