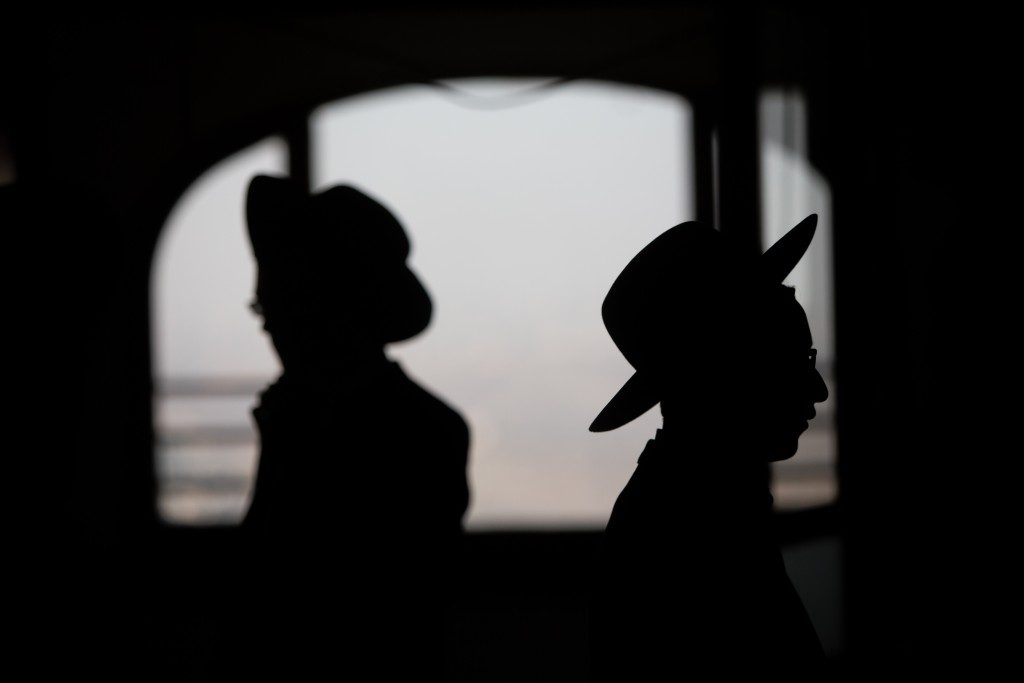 If you’re looking for inspiration, I wouldn’t suggest taking a trip to the industrial area of Bet Shemesh. With its plethora of hardware stores, gardening shops, car garages, and much more — all squashed into a few tiny roads — it’s a wonderful place to go if you’re looking to frazzle your nerves with fast-paced Hebrew, often-elusive parking, and the prospect of not being able to move your car when a gigantic truck is taking up the whole road. But, for inspiration, you might have to go searching elsewhere.

At least, that is what I had always thought — up until about a month ago, when the proprietors and employees of my favorite place to purchase anything from plumbing fixtures to concrete-grade sand provided me with a very pleasant surprise.

I was in the midst of searching for just the right pieces to construct my temporary Pesach-kitchen (yes, it is possible to build such a thing, and it isn’t as complicated as you might think; perhaps I’ll write an article about that one day …) when I suddenly noticed the owner of the store gathering his employees to daven Minchah.

Now, that may not seem like such a novelty to those who work in religious environments, but this store is anything but. At least, that is what I had always thought until that moment. Although I always enjoyed the store because of its wide selection and competitive prices, in the spiritual department I had always felt that, well, there was much to be desired. So, when I saw all the bare heads being covered by yarmulkes, and a genuine Minchah taking form — at the behest of the owner himself! — I was, suffice it to say, quite taken by surprise. I truly felt it an honor to be the 10th man of that minyan.

My next experience davening Minchah in the Bet Shemesh industrial area, though, is what really inspired me. Pesach having concluded a few days earlier, I was there to purchase some feed for my two Norwegian dwarf goats (they’re very cute-looking and their bleats sound uncannily like a crying baby). At one point, my car’s code-pad (in Israel, you have to punch in a four-digit code in order to turn on the ignition) had turned recalcitrant. After numerous attempts, I walked down the road to ask someone for help. This particular individual — Naftali is his name — specializes in car electronics, and he can tame even the most unruly codan (that’s what they call the code-pads here). Well, as it turned out, I apparently needed a kapparah of the embarrassment variety, because Naftali punched in my code and it worked right away. Apparently, I had pressed the buttons in the wrong order too many times, and all that was necessary was to wait a few minutes until the codan reset itself. I offered to pay Naftali for his trouble, but he — despite his bare head — retorted with a classic Israeli dismissal, “Lo tzarich” (there’s no need). To say that I was impressed is an understatement. It’s not like I pulled up into his shop and he just had to take a few seconds of his time to punch in the right numbers and show me how inept I am (you’re probably wondering: “and this guy built a temporary Pesach kitchen?!” — but there are greater mysteries of the universe than that). My car was stuck down the road. He had to leave his shop and drive himself and me to my car. He waived a service charge that he by all rights deserved.

With that pleasant feeling about a fellow Jew whom I had clearly underestimated until that point (and probably still do!), I suddenly found myself being beckoned to serve as the 10th man for Minchah by someone standing at the entrance of the nearest car garage. “The beit knesset is right upstairs,” the man told me. Taking in the scene around me (think: a half-roofed, really old, somewhat deserted-looking lot that, instead of being equipped with gleaming, state-of-the-art tools and mechanisms, is filled with beat-up old cars, grimy lifts, a hodge-podge of car parts, lots of grease, and makeshift sinks), I wasn’t exactly sure how to process that statement. “I’m sorry,” I formed the words in my mind but did not say them aloud. “Did you just say that you have a shul here?” I immediately came to the conclusion that he must have just meant the little corner that they use to daven every day.

But as I climbed the stairs and entered the enclosed area, I was floored. Albeit small, the room was well appointed to resemble a real-life Sephardi beit knesset. Upon further reflection, I realized that this was not just a resemblance. It really was an honest-to-goodness beit knesset. Right in the corner of this most-forlorn and rundown of car garages! The walls were decorated with Modim posters and the like, the floor was a very nice looking imitation wood. A proper shtender served the chazzan as well as any shul lectern. There were even curtains on the windows! So amazed was I by what I was seeing — an oasis in the middle of a barren desert — that I photographed it. To my great consternation, though, the shop owner — who doubled as chazzan — refused to allow me to publish it. “No, no,” he said when I requested permission, “we don’t want any publicity. We are simple people who like to keep a low profile.”

A pashute Yid, as the expression goes in Yiddish. But, then again, I am starting to think that maybe there really is no such thing as a “pashute” Yid. …