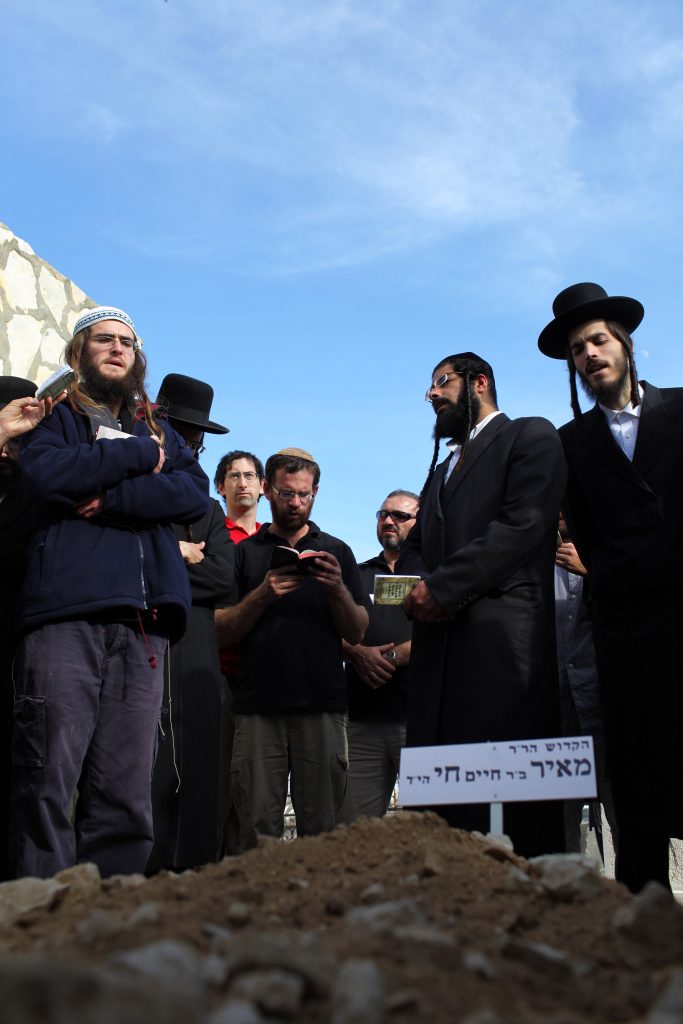 As 10-year-old Shira Chai was speaking at a memorial service for her father Sunday night, on the eve of Memorial Day, a sign at the site of the murder of her father, Harav Meir Chai, Hy”d, was desecrated and defaced by Arabs. Responding to the desecration, Shomron Council head Yossi Dagan — who was a talmid of Harav Chai — said that “this is a reminder that we are facing an enemy without mercy. That they would choose this day, when families of fallen soldiers and victims of terrorism are mourning, to commit an act like this shows us exactly who we are dealing with.”

Harav Chai, a 45-year-old father of seven, was murdered by terrorists in 2009 as he was driving near his home in Shavei Shomron, in central Shomron. He was a teacher at a local school, and his levayah was attended by hundreds. A memorial sign was set up at the site where he was murdered, and when the family visited on Monday, they found that it had been desecrated overnight by Arabs, who scrawled anti-Israel and anti-Semitic graffiti and images on it.

Elisheva Chai Efrati, Harav Chai’s widow, told the Kippah news site that the family was in shock. “On the one hand I tell myself that it was just a sign that was desecrated, but on the other hand I say that this is the last connection we have with Meir. Our lives continue, but it is clear that we are at war — a war for the spirit and the soul, not just for our physical survival. We cannot allow them to break us. Meir, Hy”d, taught Torah with all his heart. He believed in the future of the Jewish people, and somehow our enemies understood this. But we will not give up.”

Dagan said that an investigation would be launched to try and find the culprits. “We need to remember what happened here, and who our enemies are. We will restore this sign. The efforts to harm us and destroy our spirit will fail. This is our land, and we shall remain here.”