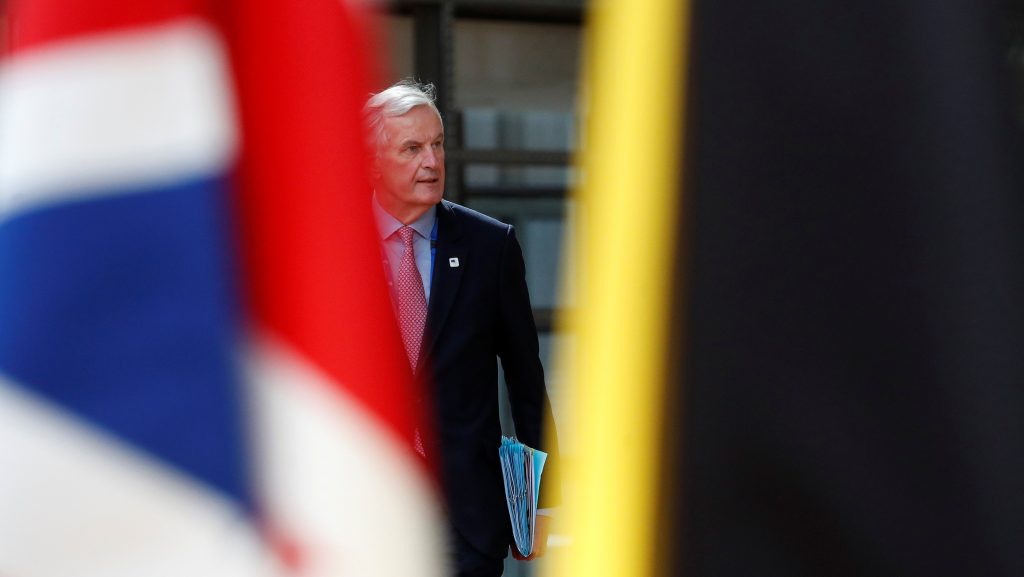 British Prime Minister Theresa May said on Sunday divorce talks with the European Union would be difficult, responding to the tough stance taken by EU leaders over the upcoming Brexit negotiations.

EU leaders endorsed stiff divorce terms for Britain on Saturday and warned Britons to have “no illusions” about swiftly securing a new relationship to keep their access to EU markets.

“What this shows, and what some of the other comments we’ve seen coming from European leaders shows, is that there are going to times when these negotiations are going to be tough,” May told the BBC.

May also reaffirmed her position that she would be prepared to walk away from the talks on leaving the EU without a deal if she did not like what was on offer from Brussels.

At a Brussels summit Saturday, marked by unusual harmony among the 27 leaders, there was a flash of the cross-Channel acrimony which some fear could wreck any deal when officials accused London of cynically vetoing some EU spending and demanded it back down or face disrupting the start of talks next month.

Meeting for the first time since Prime Minister Theresa May triggered the two-year countdown to Brexit in late March, her counterparts took just minutes to approve eight pages of negotiating guidelines hammered out by their diplomats over the past month.

They greeted the decision with applause, officials said.

The text will bind Michel Barnier, their chief negotiator, to seek a deal that secures the rights of 3 million EU expats living in Britain, ensures London pays tens of billions of euros Brussels thinks it will be owed, and avoids destabilizing peace by creating a hard EU-U.K. border across the island of Ireland.

“We are ready,” Barnier said. “We are together.”

With Barnier expecting to launch negotiations after the June 8 election May called to strengthen her position, the EU leaders also firmly ruled out discussing the free trade deal May wants until they see “significant progress” on key withdrawal terms.

“Before discussing the future, we have to sort out our past,” summit chair Donald Tusk told reporters.

He criticized British politicians – who have included May herself – for speaking of a quick deal to reassure expatriates when the legal complexities required much more detailed talks.

In London, Britain’s minister for leaving the European Union said he wanted the negotiations to be conducted in a “spirit of goodwill.”

“But there is no doubt that these negotiations are the most complex the U.K. has faced in our lifetimes. They will be tough and, at times, even confrontational,” David Davis said in a statement in response to the guidelines.

German Chancellor Angela Merkel repeated her concern that some in Britain had “illusions” about quick trade talks.

“I sometimes feel some people in Britain, and I don’t mean the government, are not so clear on the idea that there is an exit phase and then a phase on the future relationship,” she said.