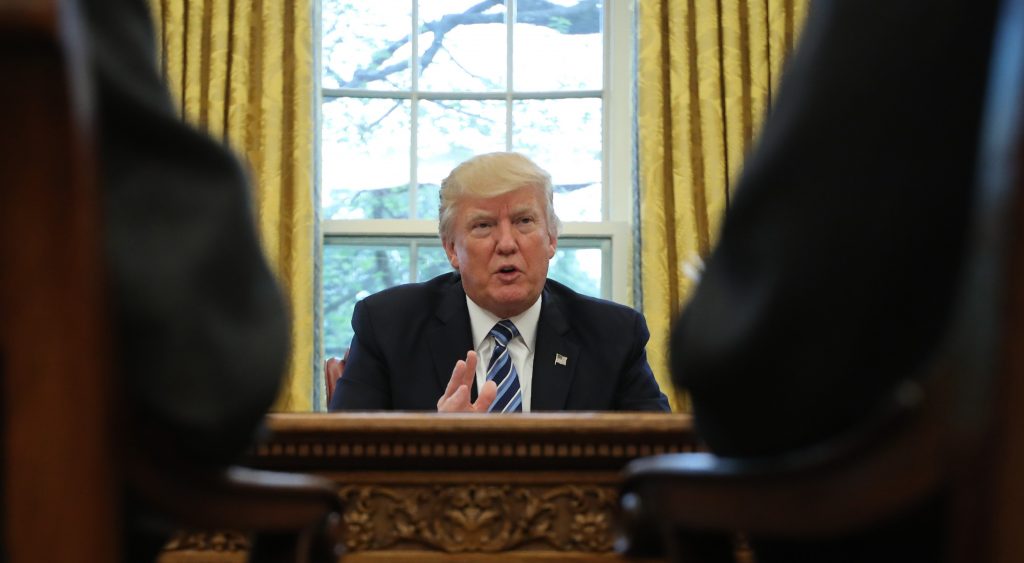 President Donald Trump said China may have hacked the emails of Democratic officials to meddle with the 2016 presidential election, countering the view of U.S. intelligence officials who have said Moscow orchestrated the hacks.

In an interview transcript published on Sunday, Trump gave no evidence backing his allegation, first made on the eve of the Nov. 8 presidential election, that China could have hacked the emails of his rivals.

“If you don’t catch a hacker, okay, in the act, it’s very hard to say who did the hacking,” the president said in an interview with CBS “Face the Nation.” “(It) could have been China, could have been a lot of different groups.”

The hackers roiled the presidential campaign by making public embarrassing emails sent by Democratic operatives and aides to Democratic presidential candidate Hillary Clinton. One email showed party leaders favoring Clinton over her rival in the campaign for the party’s internal nomination contest.

Trump has been dismissive of the statements by intelligence officials that Moscow hacked the emails to help Trump win the election. During the September 26 presidential debate with Clinton, Trump said China was one of many actors that could have been behind the hack, including “somebody sitting on their bed that weighs 400 pounds.”

Like Russia, China is a longstanding cybersecurity adversary of the United States. Trump in recent weeks has softened his criticism of Chinese trade policies as Washington seeks Beijing’s support in diffusing military tensions with North Korea.

Before Trump was elected, he pledged to improve relations with Moscow. Russia has denied any involvement in the hacks. Lawmakers are currently investigating whether Trump’s campaign team had ties with Russia.