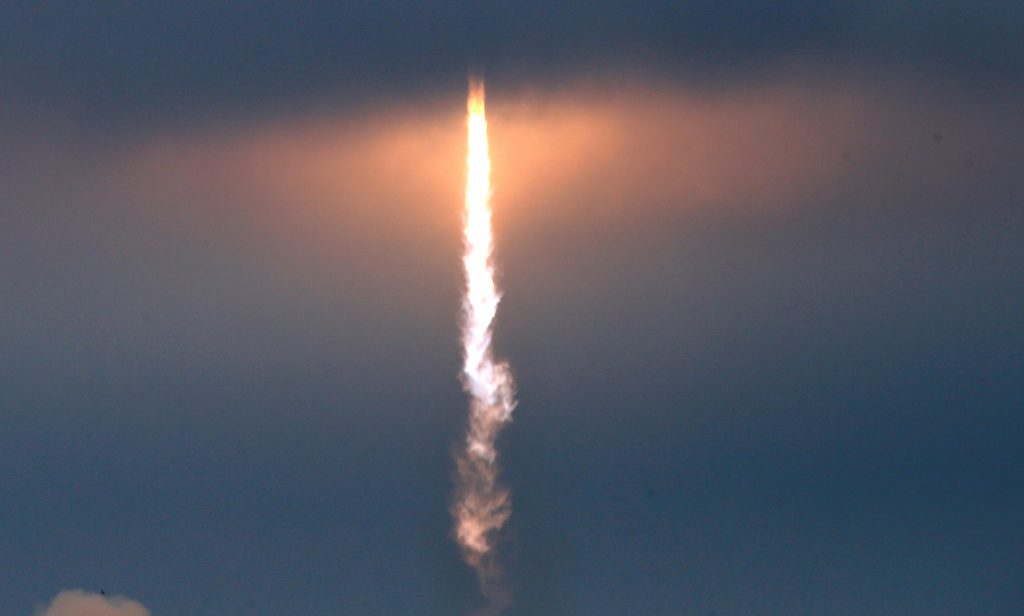 SpaceX is set to launch a payload Sunday morning for the National Reconnaissance Office in one of the company’s earliest tests as a national security launch provider.

The spy satellite, known as NROL-76, will launch on a Falcon 9 rocket from Pad 39A at the Kennedy Space Center in Florida. The two-hour launch window opens at 7 a.m. Eastern time.

After the first and second stages of the rocket separate, SpaceX will attempt to land the first-stage booster back on land at Cape Canaveral Air Force Station.

The Hawthorne, Calif., space company last month successfully relaunched a previously used first-stage booster to blast a commercial communications satellite into orbit, and then landed the booster on a floating sea platform. Sunday’s payload, however, will launch on a new first-stage booster.

Few details have been released about the rocket’s secretive payload. Unlike with commercial launches, SpaceX did not say how long it would take the satellite to deploy or to what orbit it would travel.

This may not be SpaceX’s first launch for the NRO, which is part of the Department of Defense. The company is believed to have launched a small satellite for the intelligence agency as a secondary payload during a December 2010 demonstration flight for NASA. SpaceX and the NRO did not respond to requests for comment about that launch’s payload.

Sunday’s mission is “an important chance for SpaceX to basically prove that they’re able to reliably place these satellites into orbit and that they can be a trusted partner of the national security community,” said Bill Ostrove, aerospace and defense analyst for Forecast International.

Since being certified in 2015 to launch national security satellites, SpaceX has won two contracts to launch GPS satellites for the U.S. Air Force. That has put pressure on United Launch Alliance, a joint venture of Boeing Co. and Lockheed Martin Corp. that has long held a lucrative monopoly on sensitive military launches.