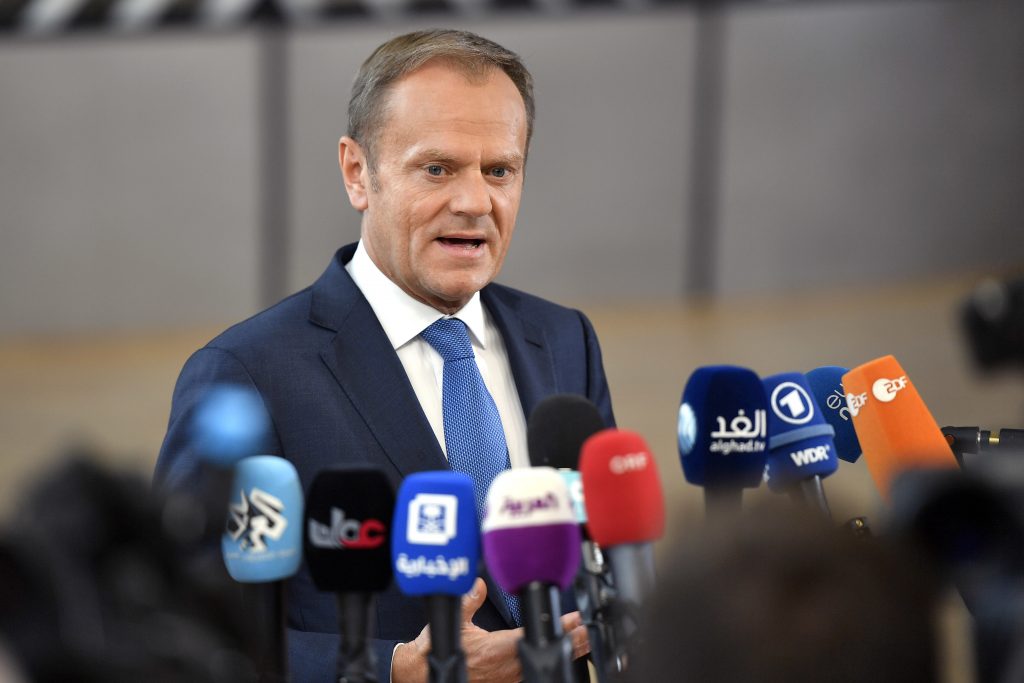 Poland’s Foreign Ministry has suspended one of its honorary consuls in the U.S. after the woman allegedly posted a digitally-altered image showing European Council President Donald Tusk dressed as a Nazi German SS officer.

The image was posted on the social media of Maria Szonert Binienda, recently named honorary consul in Akron, Ohio. The news agency PAP reported Sunday that she has been suspended from that position and that further action will be decided after Foreign Minister Witold Waszczykowski returns from a visit to Australia.

Szonert Binienda told The Associated Press in an email that she never posted the altered image of Tusk and believes her account was hacked because she cannot access it anymore.

“I did not make a photo of Donald Tusk as SS-man. I am against promoting SS symbols and ideologies. I am against using words like ‘fascism’ in the public political discourse today. I am against comparing our politicians to Hitler,” she wrote to the AP.

On Friday, however, she wrote on social media that she was suspending her account because her “old private posts” were being presented in the media as statements in her official role.

Szonert Binienda was named to her post by Poland’s conservative ruling Law and Justice party, whose leader Jaroslaw Kaczynski is a long-time political rival of Tusk’s.

Kaczynski has faulted Tusk, Poland’s former prime minister, for how he handled the aftermath of the 2010 plane crash in Russia that killed President Lech Kaczynski and 95 other people. The two Kaczynskis were twin brothers.

After winning the 2015 election, the Law and Justice party opened a new investigation into the crash, which was previously found to be an accident, believing that the original probe didn’t answer all questions. Some party leaders believe there could have been foul play by Russia.

Szonert Binienda’s husband, Wieslaw Binienda, a scientist and engineer, is a member of the government commission that is again looking into the plane crash near Smolensk, Russia.

“I am being subjected to media assassination over my involvement in the Smolensk matter,” Szonert Binienda told the AP. “However, I am also for the freedom of speech expressed in the responsible manner. Therefore, I am concerned that this media onslaught on me has a chilling effect to suppress the criticism of Donald Tusk as a politician who cares more about the interest of Germany than Poland.”

One of Tusk’s grandfathers served briefly in the German Wehrmacht during World War II. The grandfather had also been forced into labor by the Germans and was in a concentration camp.