National Pentagon: U.S.-Led Fight on IS has Killed 352 Civilians
National 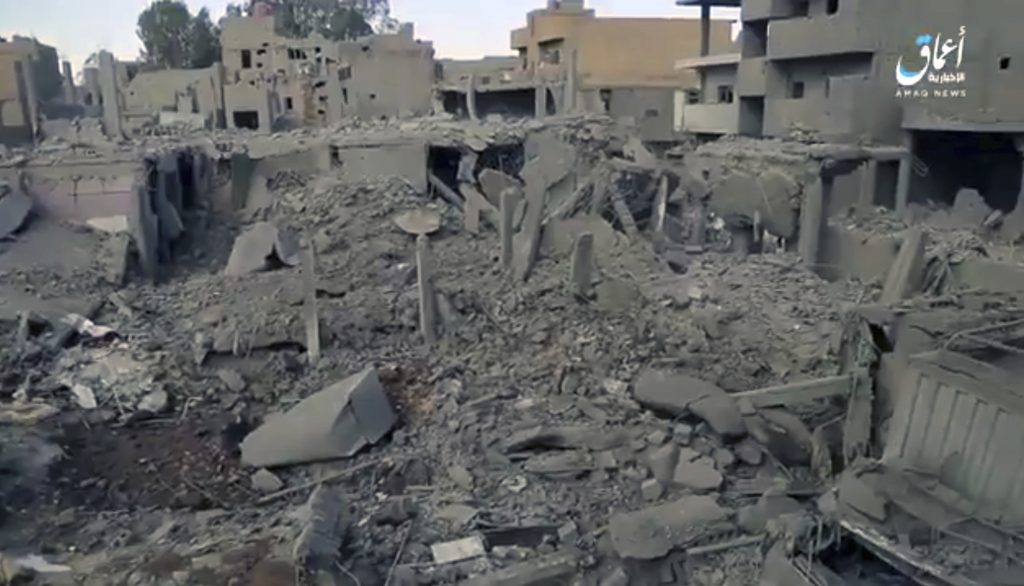 At least 352 civilians have been killed in U.S.-led strikes against Islamic State targets in Iraq and Syria since the operation began in 2014, the U.S. military said in a statement on Sunday.

The Combined Joint Task Force, in its monthly assessment of civilian casualties from the U.S. coalition’s operations against the militant group, said it was still assessing 42 reports of civilian deaths.

It added that 45 civilians were killed between November 2016 and March 2017. It reported 80 civilian deaths from August 2014 to the present that had not previously been announced. The report included 26 deaths from three separate strikes in March.

The military’s official tally is far below those of other outside groups. Monitoring group Airwars said more than 3,000 civilians have been killed by coalition air strikes.

Included in Sunday’s tally were 14 civilians killed by a strike in March that set off a secondary explosion, as well as 10 civilians who were killed in a strike on Islamic State headquarters the same month.

“We regret the unintentional loss of civilian lives … and express our deepest sympathies to the families and others affected by these strikes,” the Pentagon said in a statement.