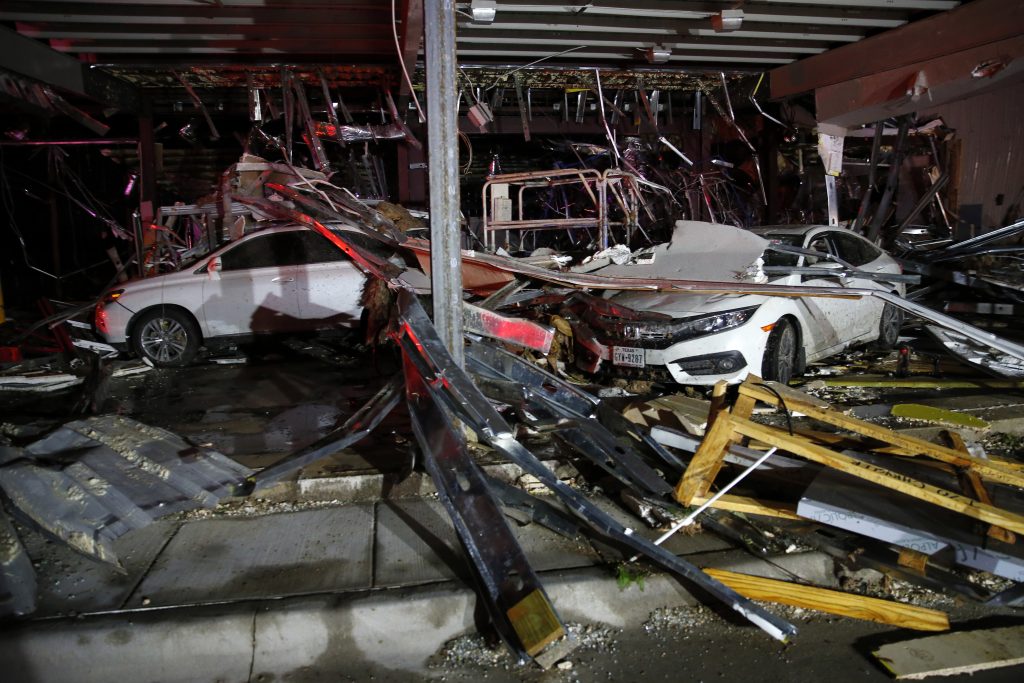 Fatalities have been reported and dozens of people were taken to hospitals after a tornado hit a small city in East Texas, authorities said.

Canton Fire Department Capt. Brian Horton said during a news conference late Saturday that “a number of fatalities” were reported, but that it wasn’t yet clear how many, after powerful storms swept through the community earlier in the evening.

The storms left behind a trail of overturned vehicles, mangled trees and damaged homes in and around Canton, which is about 50 miles east of Dallas.

ETMC Regional Heathcare Systems hospitals in the region received at least 54 patients following the storm, including one person in critical condition, spokeswoman Rebecca Berkley said. She said the other patients suffered injuries that weren’t life-threatening.

Horton asked that people who didn’t need to be in the area should stay out, “so that our teams can do what they need to do to take care of these people who are in need.” He noted that a triage center was set up at the local high school.

The extent of the damage in the area wasn’t immediately clear. But video from local media showed uprooted trees and overturned cars along rural, wet roadways, along with at least two flattened homes. The tornado flipped pickup trucks at a Dodge dealership in Canton and tore through the business.

At least one tornado has been confirmed so far as having touched down in Canton, though several tornadoes were reported in the area, according to National Weather Service meteorologist Mark Fox.

A dispatcher at the Van Zandt County Sheriff’s Office said officers were following up on numerous injury reports and declined further comment.