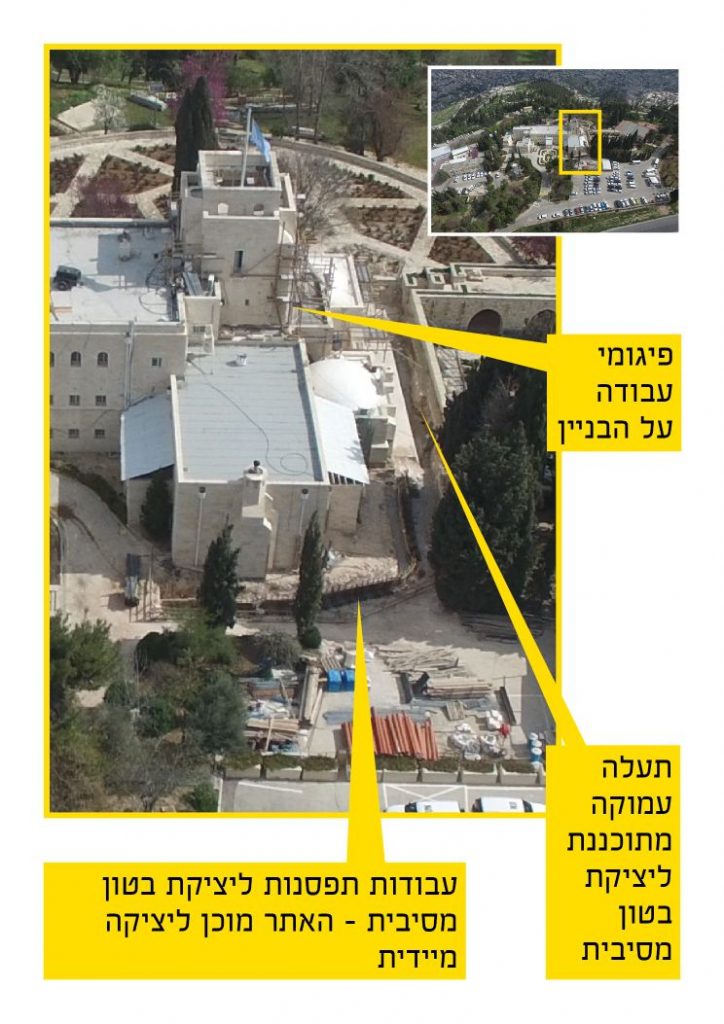 The Israeli government has asked the United Nations for permission to make a formal inspection tour of illegal construction at U.N. headquarters in the Armon Hanatziv neighborhood in Yerushalyim.

The Yerushalayim District Court last week ordered the Yerushalayim Municipality and the Israel Land Authority to respond to a petition filed by Regavim against the U.N. for building without a permit on land which belongs to the state of Israel.

Meanwhile, the Ministry of Foreign Affairs has reportedly asked the UN to allow a visit by professional bodies on behalf of the state of Israel to determine the exact nature of the construction acitivity at the site.

During a preliminary visit, ministry representatives were told by U.N. officials that the construction work currently under way was justified as “arising from the need for essential renovations in the historic building, which was erected in 1929.”

The state asked the court to delay proceedings on the matter because of “the need to formulate the State’s position on the legal aspects [of the case], including aspects relating to the immunity of the U.N., as well as the need to further clarify the factual basis and the continuation of diplomatic contacts with the U.N.”

The suit filed by the Regavim movement last month noted the flood of building violations committed by the U.N. in recent years, including concrete castings in the historic building, the construction of an illegal multi-story office building, a hangar storage and a pirate gas station that also poses an environmental hazard.