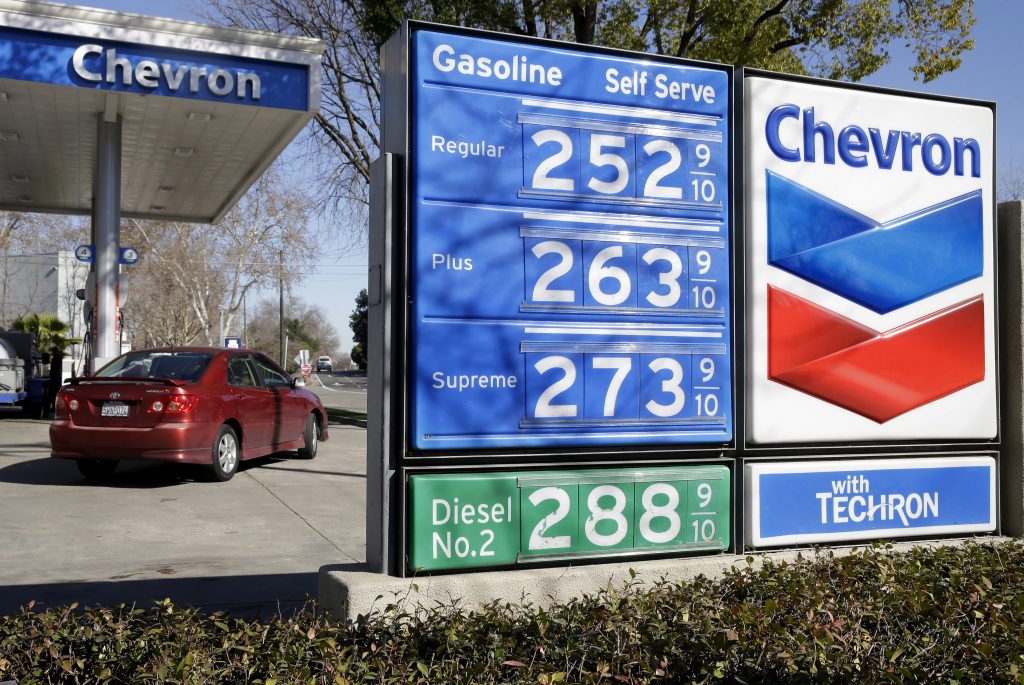 Chevron on Friday reported first-quarter earnings that exceeded Wall Street’s expectations as the oil and gas industry giant turned around from a loss a year ago and said business improved due to rising crude oil prices and continued cuts in its overall operational costs.

The company’s swing to a first-quarter 2017 net profit was all the more dramatic after its struggles last year. Chevron previously said it had lost $497 million for full-year 2016 — a setback that marked its first full-year loss in decades, according to filings with the Securities and Exchange Commission dating back to 1989.

“It’s the Big Oil comeback, and it looks to be coming back in a big way,” said Phil Flynn, senior market analyst with the Price Group, in Chicago. “Chevron cut back huge on spending, and with the increase in oil prices, revenues have jumped.”

Chief Executive John Watson said in a statement that increases in oil prices helped the company’s results compared to a year ago. Oil is currently selling for around $50 a barrel after falling to below $30 a barrel at times in 2016. Watson added Chevron continued to “make good progress” on reducing its operating expenses, which it cut by 14 percent, to $5.53 billion, while capital expenses fell by 30 percent from a year ago.

Chevron continued to “make good progress” on reducing its operating expenses, which it cut by 14 percent to $5.53 billion, while capital expenses fell by 30 percent from a year ago, Watson said.

“We very well may be able to capture greater (business) activity, and volume for dollar spend (on expenses),” Yarrington said.

Yarrington said the company’s results included a gain of $600 million from the sale of an “upstream” asset, which was the company’s geothermal business in Indonesia. In the oil industry, the term upstream assets refers to exploration and production efforts to bring crude oil or natural gas to the surface from underground or undersea locations.

Chevron’s international operations have been performing well of late, as the company said earnings from international upstream operations reached $1.4 billion after losing $609 million a year ago. The main factors for the turnaround were the sale of its Indonesian geothermal business and increases in volumes of natural gas and crude oil. U.S. upstream earnings also swung to a profit of $80 million after recording a loss of $850 million in the first quarter of 2016. The U.S. results were also helped by improvements in crude oil production and lower operating expenses.

“That’s quite a swing for their upstream earnings,” Flynn said. “The reason why is they are producing for more-profitable ventures, and the cost cutting is doing a good job of shoring things up all around.”

Investors showed some mild support for Chevron, as the company’s shares rose about 1.2 percent to close at $106.70 on Friday. For the year, however, Chevron shares have shed almost 10 percent of their value.

Chevron’s results came out shortly after those of one of its main oil-industry rivals, Exxon Mobil. Exxon reported a profit of $4.01 billion, or 95 cents a share, on $63.3 billion in revenue for its first quarter.