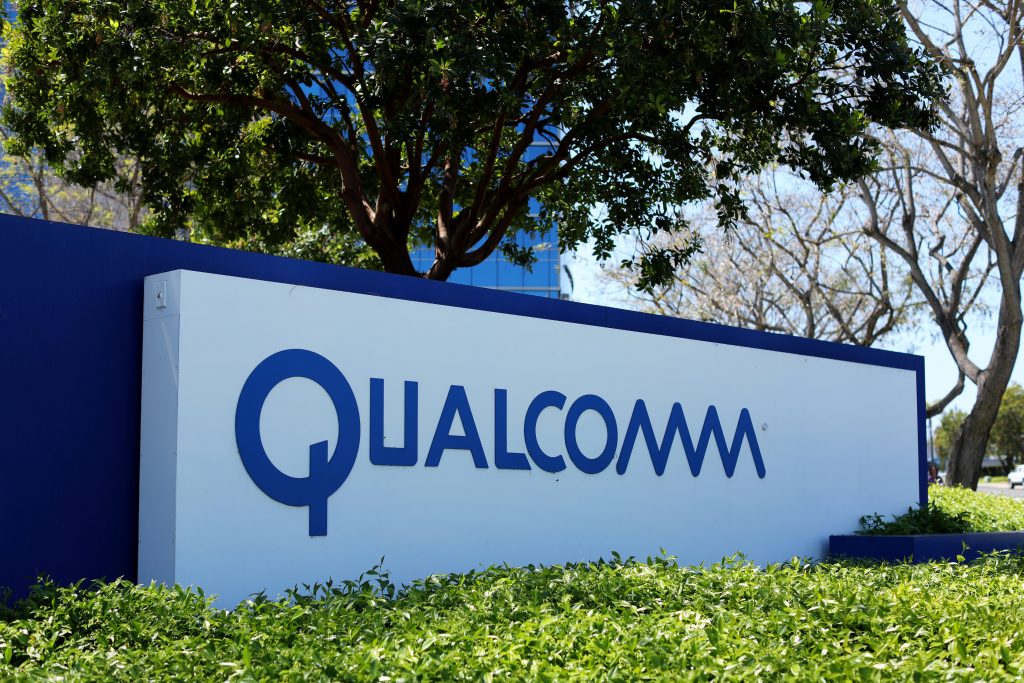 The lower revenue and profit outlook — which Qualcomm hinted at recently when it reported earnings for the quarter that ended in March — highlights the rising stakes in the rocky relationship between the two tech giants that shows no sign of improving.

Qualcomm now expects revenue of $4.8 billion to $5.6 billion for its fiscal third quarter ending June 30. Earnings are pegged at 52 cents to 62 cents per share under generally accepted accounting principles, or GAAP.

For the same quarter last year, Qualcomm posted $6 billion in revenue and GAAP earnings of 97 cents per share.

In January, Apple sued Qualcomm, saying it forces smartphone makers to pay too much for use of its 3G-4G standard essential patents, which are required to be licensed under “fair, reasonable and non-discriminatory” terms.

Qualcomm counters that its royalty rates — which top out at roughly 5 percent of the device price — have been negotiated through hundreds of agreements spanning two decades. According to Qualcomm, its licensing business model allowed Apple to enter the smartphone market with little or no investment in core cellular technology.

While 3G-4G patent licenses make up only about one-third of Qualcomm’s annual revenue, they account for two-thirds of its annual profit. Apple is the world’s largest seller of smartphones. In a recent research report, Bernstein Research Analyst Stacy Rasgon estimated that Apple could account for as much as one-third of Qualcomm’s royalty business, or more than $2 billion a year.

Apple doesn’t directly license patents from Qualcomm. Instead, Foxconn and other contract manufacturers that build iPhones and iPads have license agreements. Apple reimburses them for royalties.

Last quarter, Apple withheld some Qualcomm royalty reimbursements to contract manufacturers, but only up to $1 billion. That’s equal to royalty “rebates” that Apple contends it’s owed by Qualcomm under a separate business cooperation deal.

When it reported March quarter earnings, Qualcomm wasn’t sure Apple would block reimbursements beyond the $1 billion amount.

But now Qualcomm says Apple indicated that it will continue withholding reimbursements until the legal war between the two companies is resolved. As a result, Qualcomm’s new financial guidance assumes no royalty payments from iPhone and iPad contract manufacturers in the quarter.

The U.S. Federal Trade Commission also filed a lawsuit, and Apple launched its legal action shortly afterward. Qualcomm denies the allegations. It has countersued Apple, appealed the South Korea fine and is seeking dismissal of the FTC case on the grounds that it fails to show how Qualcomm licensing practices harmed the smartphone market.