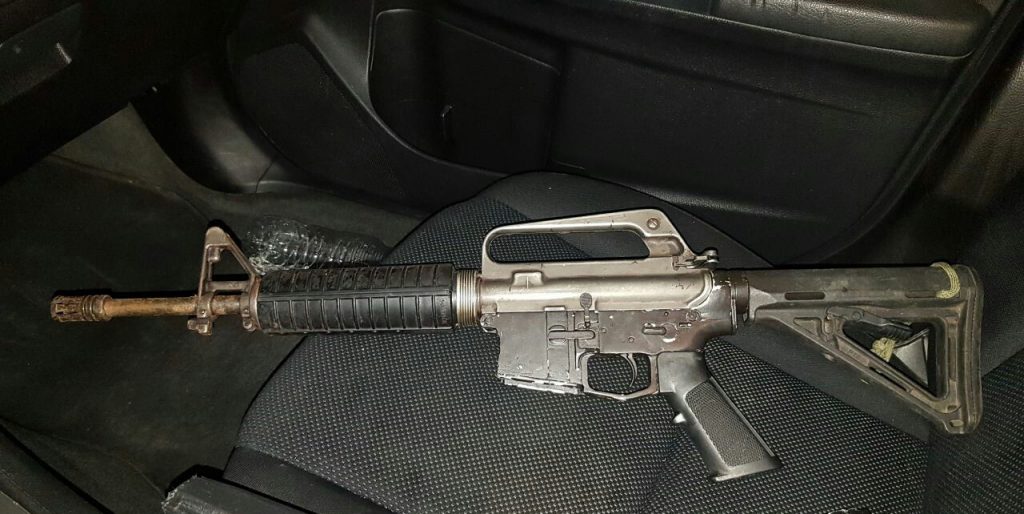 A five-month undercover operation yielded the arrest of 20 suspects who were dealing in illegal arms. Over 160 security personnel raided dozens of homes early Sunday in Galilee Arab villages, as well as in Nazareth and Ashkelon, collecting weapons, illegal substances and large amounts of cash. According to police, most of the weapons were sold to organized crime groups, but some of them may have been used by terrorists.

Police said that Sunday’s raid was one of many that police had engaged in over recent months to root out illegal weapons. So far, hundreds of suspects have been arrested, and major sources of illegal weapons and funding for criminals have been halted, making Israel a safer place.

Arabs rioted in several places throughout Yehudah and Shomron on Shabbos, a continuation of the riots that broke out on Friday. According to PA sources, the riots were in support of Arab terrorist prisoners on hunger strikes in Israeli prisons. Riots broke out in several neighborhoods in Yerushalayim, including outside the Damascus Gate (Shaar Shechem). All the riots were broken up by security forces without incident.

Overnight Motzoei Shabbos, security officials said they arrested 16 wanted security suspects in other areas in Yehudah and Shomron. The suspects were wanted for participating in rioting and throwing stones and firebombs that endangered Israeli civilians and IDF soldiers. Several of the suspects were also charged with belonging to Hamas. All were being questioned on their activities by security forces.