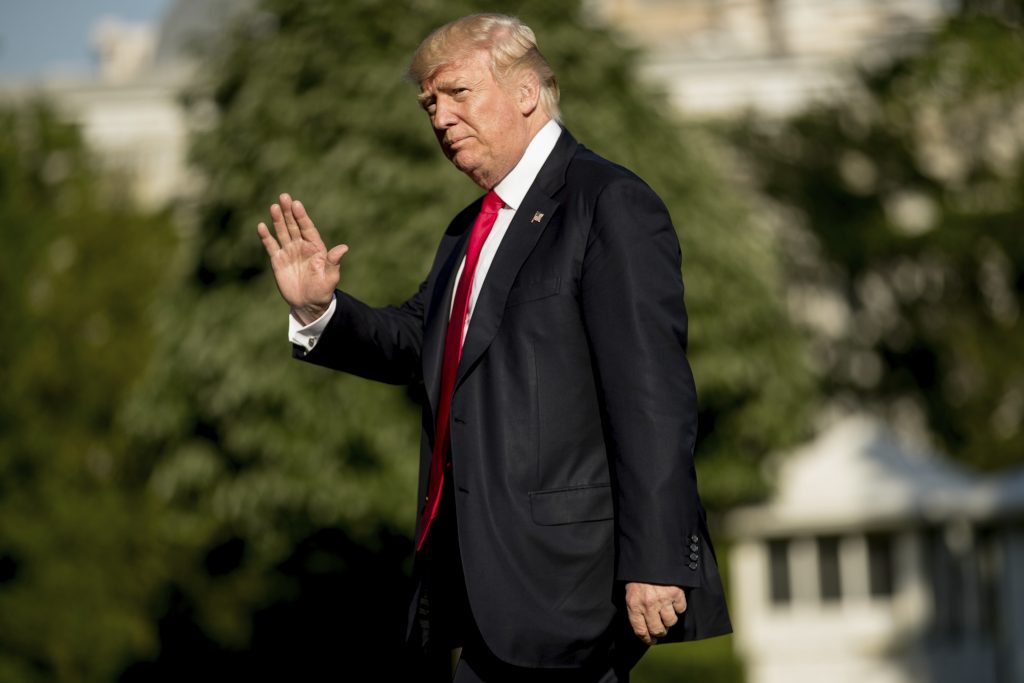 President Donald Trump on Saturday marked his 100th day in office by saying he had brought “profound change” to Washington and reaffirming that “my only allegiance” is to those he governs.

On a threshold that President Trump has both derided and tried to define, the president also said he is putting Americans first even as he learns on the job.

“My only allegiance is to you, our wonderful citizens,” President Trump said in his weekly radio address.

It was a preview of a day on which President Trump was traveling to Pennsylvania to emphasize such priorities as American manufacturing, better trade deals for the U.S. and his underdog victory over Democrat Hillary Clinton in November. He also was promoting a still-to-be defined tax cut plan and the nation’s strong economy, on which many of his political fortunes rest. Meanwhile, North Korea’s missile launch Saturday signaled its continued defiance against the U.S., China and other nations, on which President Trump tweeted: “Bad!”

President Trump’s 100th day events are set in politically important Pennsylvania, which he won with 48 percent. It was the first time the state had voted for a Republican presidential candidate since George H.W. Bush in 1988.

President Trump planned to sign an executive order directing the Commerce Department and the U.S. trade representative to conduct a study of U.S. trade agreements. The goal is to determine whether America is being treated fairly by its trading partners and the 164-nation World Trade Organization.

President Trump was scheduled to visit the AMES Companies in Pennsylvania’s Cumberland County, which has manufactured shovels since 1774. He was then to hold a campaign-style rally in Harrisburg, the state capital. Democrats are planning their own rally nearby.

His rally Saturday in Pennsylvania will give him a chance “to talk to voters about what he has done over the past 100 days and how he sees the next 100 days and the 100 days after that,” White House Press Secretary Sean Spicer said.

A failed effort to overhaul President Barack Obama’s health care law behind him, President Trump is turning to what he’s billed as the nation’s biggest tax cut. It apparently falls short of Reagan’s in 1981, and tax experts are skeptical that the plan would pay for itself, as Treasury Secretary Steve Mnuchin has claimed.

“Together we are seeing that great achievements are possible when we put American people first,” President Trump said in his weekly address. “That is why I withdrew the United States from the Trans-Pacific Partnership. That day was a turning point for our nation. It put the countries of this world on notice that the sellout of the American worker was over.”

He said in his remarks: “In just 14 weeks, my administration has brought profound change to Washington.”

Executive orders in line to be signed Saturday would be the 31st and 32nd since President Trump took office – the most of any president in his first 100 days since World War II. During the campaign, President Trump railed against Obama’s use of orders, which don’t need congressional approval.