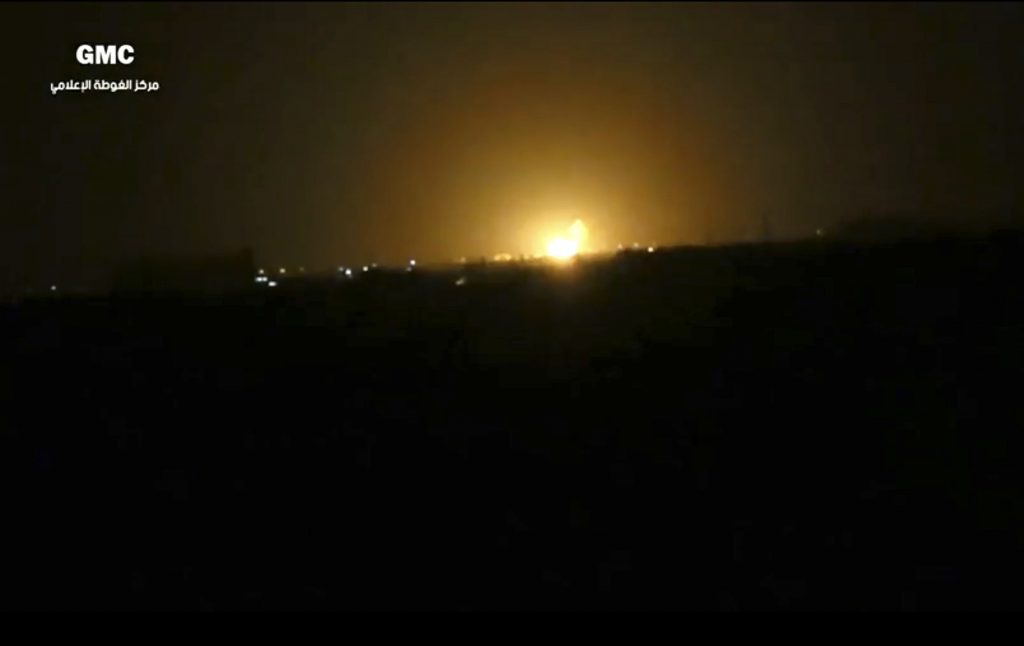 Arab media reports Motzoei Shabbos said that Israeli planes had attacked Syrian army positions on the Syrian side of the Golan border. According to the reports, explosions were heard in the area of Quneitra, and IDF planes were observed flying through the area.

On Thursday, Arab media reported large explosions near Damascus Airport. The explosions turned out to be in a weapons arsenal that stored weapons provided by Iran. The weapons, according to Israeli officials quoted in the media Thursday, were likely to be sent on to Hezbollah for use in terror attacks or a future war against Israel. Hezbollah confirmed that an attack took place early Thursday, attributing it to Israel. Israel had no comment on the report. The Reuters news agency quoted what it called a high-placed Israeli security source as saying that the attack had been undertaken by the IDF.

After a weekend of violent clashes between IDF soldiers and Arab rioters, a general closure was imposed on Palestinian Authority-controlled areas of Yehudah and Shomron beginning Motzoei Shabbos at midnight. The closure will last through Wednesday morning, encompassing Memorial Day and Israel Independence Day, to be commemorated respectively Monday and Tuesday. All work permits held by PA Arabs are suspended, and only emergency medical cases will be allowed to pass into Israel proper.

Arabs rioted in several places throughout Yehudah and Shomron on Shabbos, a continuation of the riots that broke out on Friday. The riots, according to PA sources, were in support of Arab terrorist prisoners on a hunger strike in Israeli prisons. Riots broke out in several neighborhoods in Yerushalayim, including outside the Damascus Gate (Sha’ar Shechem). All the riots were broken up by security forces without incident.

Four PA Arabs were arrested Friday afternoon on suspicion of throwing firebombs earlier in the day at soldiers in northern Shomron. One was found carrying weapons. All were being questioned by security forces.