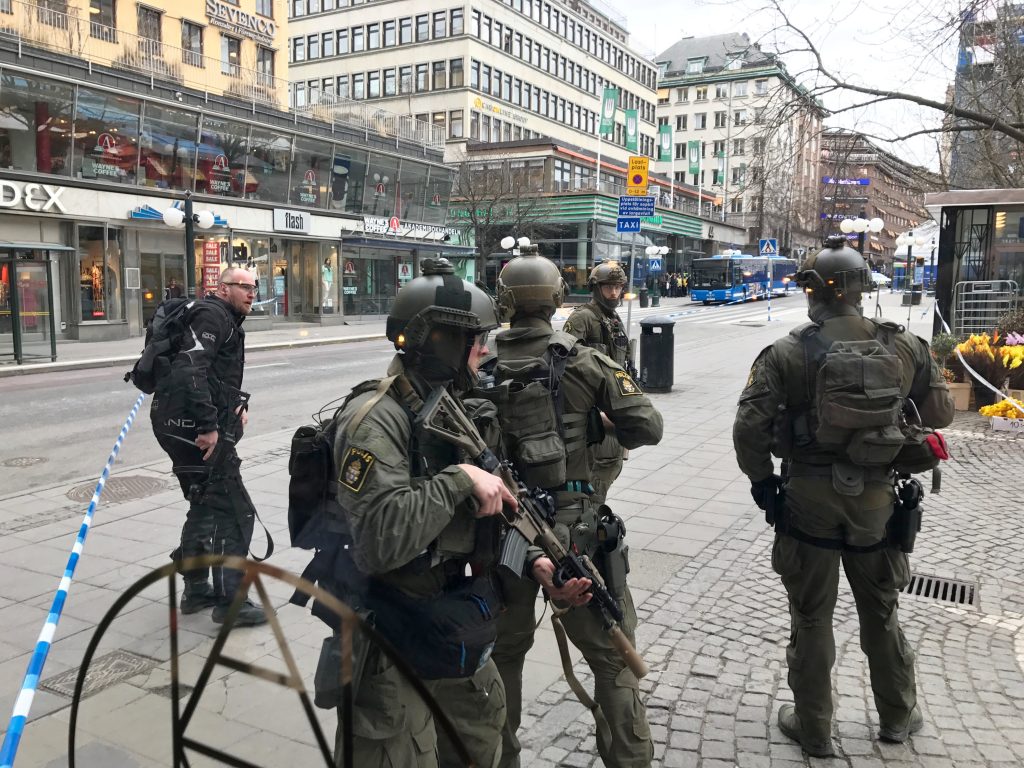 A woman in her 60s who was injured in the April 7 truck attack in Stockholm has died, Swedish authorities said Friday, raising the death toll to five.

The Stockholm police said in a statement that the woman, who has not been publicly identified, had been hospitalized in southern Sweden.

A 39-year-old Uzbek man, Rakhmat Akilov, has pleaded guilty to a terrorist crime for ramming the truck into a crowd on a main pedestrian shopping street in the Swedish capital. Police have not disclosed a motive for the attack and no terrorist group has claimed responsibility for it.

Akilov’s Swedish residency application was rejected last year but police said there was nothing to indicate he might plan an attack. After the rejection, Akilov had been been ordered to leave Sweden in December. Instead, he allegedly went underground, eluding authorities’ attempts to track him down.

Akilov was caught in a northern suburb of Stockholm, hours after he drove the stolen beer truck into the crowd of afternoon shoppers outside the upmarket Ahlens store.

The attack had shocked Sweden, known for its welcoming policy toward migrants and refugees. In 2015 a record 163,000 asylum-seekers arrived in the country — the highest per-capita rate in Europe. The government responded by tightening border controls and curtailing some immigrant rights.