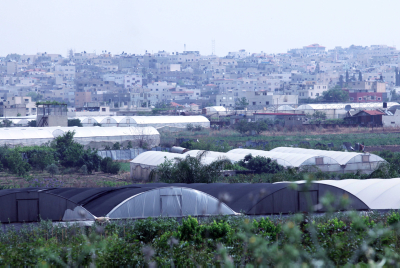 Palestinian Authority officials called for the closure of a zoo in Kalkilya, after a nine-year-old lost his hand to a bear that swiped out at the boy, who got too close to his cage. The boy was taken to a Kalkiilya hospital when the incident occurred Tuesday, and from there to a hospital in Shechem, but efforts to repair the hand failed.

The boy had apparently been trying to feed the animal, when it reached through ts cage bars to grab at the food. Unfortunately for the boy, it grabbed at his arm as well, gashing his forearm up to his elbow and nearly severing his hand. The PA Health Authority has set up an investigative committee to examine the circumstances of the incident, but officials said that observance of one of the most basic rules in any zoo – do not feed the animals – could have preventd the incident.

The Kalkilya Zoo, one of the few in the Palestinian Authority, was established in 1986, and has about 170 animals, nearly all of them supplied by Israel.