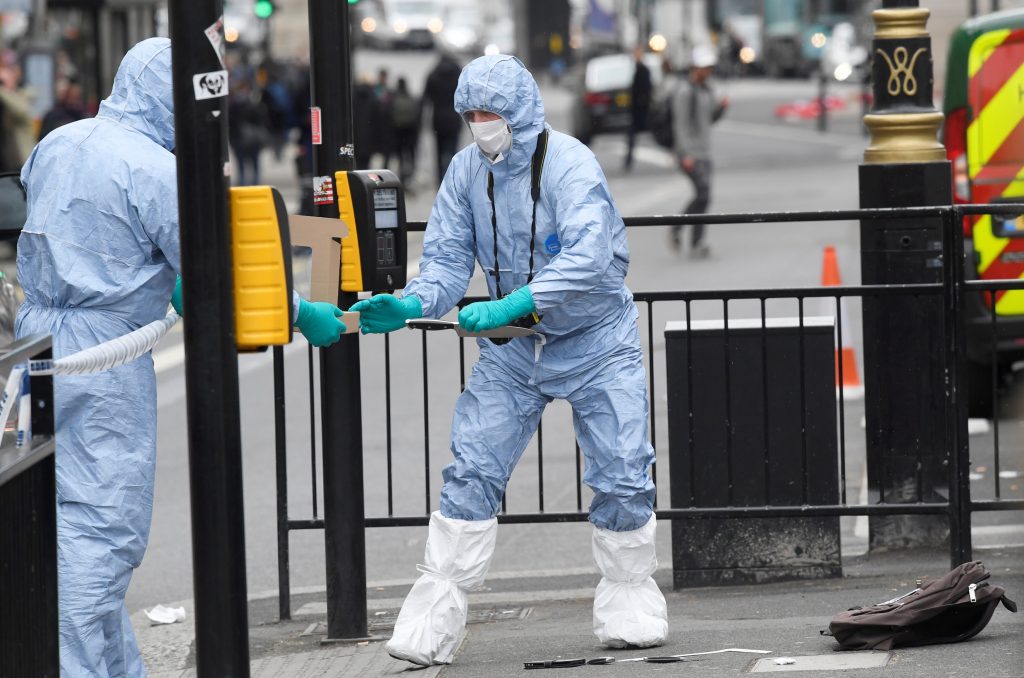 British police said on Thursday that a man carrying knives had been arrested on Whitehall, the street that’s home to numerous government ministries in central London, and was being detained under antiterrorism laws.

“A man has been arrested in Whitehall this afternoon, at approximately 14:22, following a stop and search as part of an ongoing operation,” London’s Metropolitan Police said in a statement.

“The man, aged in his late twenties, was arrested on suspicion of possession of an offensive weapon and on suspicion of the commission, preparation and instigation of acts of terrorism. Knives have been recovered from him.”

No one was injured in the incident, police said and PM May’s spokesman said the prime minister was not at Downing Street at the time of the incident.

The incident comes just over a month after a British-born convert to Islam plowed a car into pedestrians on nearby Westminster Bridge, killing four people before stabbing to death a police officer in the grounds of Parliament.

Armed officers sealed off the area. A Reuters reporter and photographer saw police detaining a dark-skinned, bearded man dressed in a hooded, black coat. His right hand appeared to have a bandage wrapped around it. Police said the man was being held at a south London police station.

“Detectives from the Counter Terrorism Command are continuing their investigation, and as a result of this arrest there is no immediate known threat,” the police statement said.