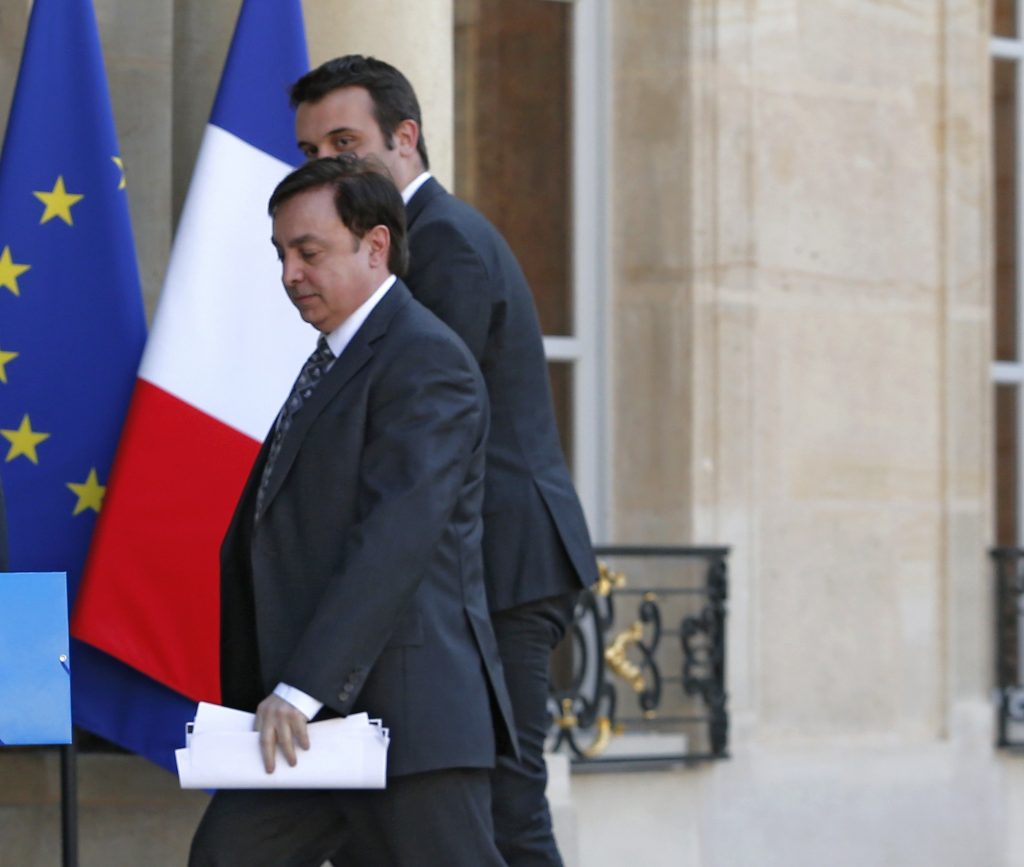 Once again, allegations of Holocaust denial have landed on the doorstep of France’s far-right National Front.

When Marine Le Pen stepped down on Tuesday as the head of France’s far-right extremist party – in what analysts described as a calculated move to broaden her appeal before the final round of France’s presidential election – she ultimately left the party under the control of Jean-François Jalkh, now serving as its interim president.

But Jalkh has something of a past.

In a string of on-the-record remarks he made in 2000, he was recorded on tape saying that it was “impossible” that the Nazis used Zyklon B., the infamous poison gas selected to murder millions of Jews and others in concentration camps during World War II.

“Me, I consider that from a technical point of view it’s impossible, I say impossible to use it in … mass exterminations,” he said in the interview, a transcript of which was first unearthed by a journalist with France’s La Croix newspaper on Wednesday.

“Why?” Jalkh asked. “Because it takes several days before decontaminating a room … where Zyklon B. was used.”

According to the United States Holocaust Memorial Museum (USHMM), the Nazis judged Zyklon B pellets – which became lethal when exposed to air – as the fastest and most efficient means of mass murder. At Auschwitz, for instance, the substance was used to gas as many as 6,000 Jews each day.

Jalkh made these remarks in April 2000, during an interview he granted to Magali Boumaza, a political scientist who wrote a thesis on the history of the National Front and who is now a professor at a university in Istanbul.

On Thursday, however, Jalkh denied making the comments.

“It’s the first time I’ve heard that kind of ……., I have no memory of it,” he told Le Monde newspaper. “Maybe I gave an interview, but these are not my favorite subjects.”

Boumaza did not respond to a request for comment. But she confirmed to BuzzFeed France on Thursday that she had recorded the meeting, which lasted three hours.

“This revisionist digression,” she told BuzzFeed, “lasted two or three minutes at the most. The words were translated as they were.”

The National Front did not respond to request for comment on Thursday.

Despite Le Pen’s painstaking attempt to “de-demonize” the party her father helped found, the National Front continues to struggle fighting off an association with anti-Semitism and Holocaust denial, the largest skeleton in a considerably cavernous closet.

It was the infamous remark of Jean-Marie Le Pen, 88 – that the Nazi gas chambers were a “detail” of history – that landed the National Front in the political wilderness for decades.

Despite being convicted by a German court in 1999 for denying the Holocaust, the senior Le Pen continued to make controversial and anti-Semitic statements. But after he proceeded to repeat the “detail” remark, Marine Le Pen expelled her father from the party in 2015, as the party tried to regain legitimacy.

But early last month, another local party official in the south of France was caught on camera speaking even more explicitly. “There weren’t 6 million,” he said, referring to the estimated number of Jews murdered in the Holocaust. “There weren’t mass murders as it’s been said.”

Later in the month, Marine Le Pen herself – who has made an attempt to reach out to Jewish groups in recent years to burnish the party’s image – declared on national media that France’s wartime complicity with Nazi Germany was somehow not the fault of the French.

“I think that in general, more generally, if there were those responsible, it was those who were in power at the time,” she said.

Le Pen will face off against the independent candidate Emmanuel Macron in the final round of the French presidential election on May 7.