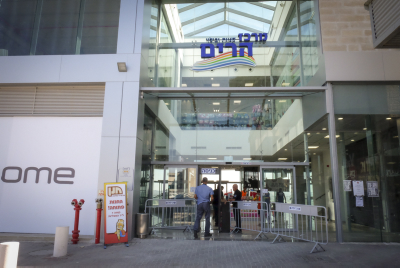 The Kfar Sava municipality has filed papers to take legal action against the managers and owners of two malls in the city that operate, lo aleinu, on Shabbos. The two, located across the road from each other in the Kfar Sava industrial zone, have in recent months competed with each other, with each allowing more and more stores to open on Shabbos in the hope that they will get more customers. Eighteen stores are open on Shabbos in the Oshiland Mall, while two recently opened in the competing G Mall.

Such activity violates the city’s bylaws; however, unlike in Tel Aviv, enforcement of laws against commerce on Shabbos are stricter, and the city is determined to shut the stores down on Shabbos.

According to the Shabbos Shivyon organization, it was the numerous complaints lodged by them — along with the threat of legal action — that finally prompted the city to act, enforcing the law as required. According to the group, the businesses were allowed to continue with their practice for months, until it threatened the city with legal action over failure to enforce the law.

Shabbos Shivyon is made up of residents and business owners, observant and secular, who demand that rules against operating on Shabbos be enforced so that competitors who observe the law and do not operate on Shabbos do not lose out.