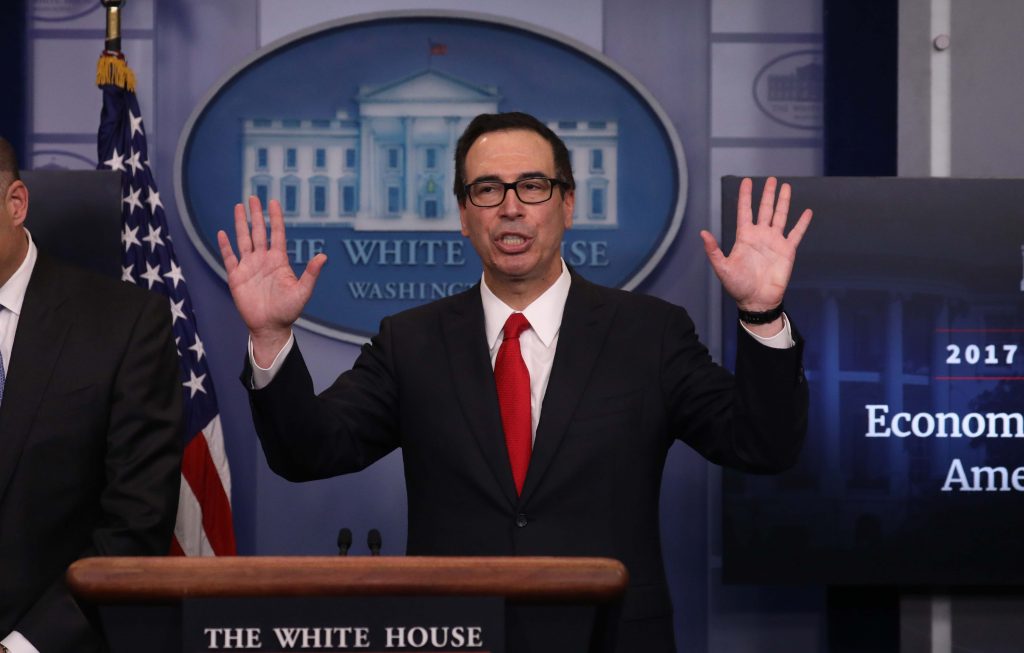 House Democrats plan to force a floor fight with Republicans on Thursday over legislation that would require President Donald Trump to disclose information about his personal taxes, business holdings, ethics waivers, and visitors to the White House and his vacation properties.

Knowing that the legislation will be blocked by Republicans who control the House, Democrats are hoping to squeeze the majority party so they can claim that GOP incumbents in competitive reelection fights are standing with a president who remains deeply unpopular. The move comes as Mr. Trump nears the 100th day of his presidency on Saturday, a milestone that he has mocked but that his administration has used as an opportunity to tout early accomplishments.

But Democratic lawmakers are also facing pressure from constituents, especially progressive supporters, to stridently oppose Mr. Trump and Republicans at every turn.

Responding to the deep opposition to President Trump, Democrats for the first time will use the legislative process to try tying congressional Republicans to President Trump’s decisions to withhold information about his personal wealth, business dealings with the federal government and visitors to the White House and Mar-a-Lago, his estate in Florida where he has spent most of the early weekends of his presidency.

During debate and votes on unrelated legislation, aides said Democratic lawmakers plan to use procedural gimmicks to try forcing a vote on a bill by Rep. Katherine M. Clark, D-Mass., who represents suburban Boston. Given their control of the chamber, Republicans are likely to step in and either block consideration of the legislation or hold a vote that outright rejects it. Then, Democrats could begin attacking vulnerable GOP incumbents as supportive of Mr. Trump and his broken promises to “drain the swamp” in Washington and revamp the federal government’s ethics rules.

Treasury Secretary Steven Mnuchin said on Wednesday that Mr. Trump “has no intentions” to release his tax returns.

Polling released this week shows that President Trump has reached this point in his presidency, faring worse to much worse than other recent presidents. But in a Washington Post-ABC News poll released Tuesday, the public sides with President Trump rather than his critics over whether it is a conflict of interest for him to spend time at his own properties. A 54 percent majority says he has the right to travel where he wants to. But 6 in 10 Americans say they disapprove of the major White House roles Mr. Trump has given to his daughter Ivanka and her husband, senior adviser Jared Kushner.

In a March Quinnipiac poll, 66 percent of registered voters said that Trump should release his tax returns, while 30 percent said he should not.

The legislation would direct the White House to hand over any document “that refers or relates to President Trump’s proposal to maintain an interest in his business holdings, while turning over day-to-day operation of those interests to his sons Donald J. Trump, Jr., and Eric Trump.”

The bill also would force Mnuchin to provide the House Ways and Means Committee with copies of Trump’s tax returns from 2007 through 2016 that would be reviewed in a closed executive session. Members of the panel, who have the right to request copies of personal tax returns, would then prepare a report on Mr. Trump’s taxes for the full Congress.

Under the legislation, the Office of Government Ethics would be required to inform Congress of any administration official granted a waiver or exemption from Trump’s executive orders banning former lobbyists from serving in his government or from a five-year ban on lobbying after their government service. And the General Services Administration would be required to hand over its legal analysis supporting a legal decision made last month that said Mr. Trump is not violating the emoluments clause or other federal laws barring government officials from being part of a lease of the Old Post Office Building, the home of Trump’s Washington hotel.

Finally, the bill would force the White House and Trump’s Mar-a-Lago estate to provide the House Oversight and Government Reform Committee with visitor logs “on a rolling and ongoing basis.”

The White House has so far refused to release visitor logs, citing “grave national security risks and privacy concerns.” But the administration will release the information when it decides to respond to Freedom of Information Act requests for those visiting offices of the White House characterized under the law as separate agencies, such as the Office of Management and Budget.

Several groups are suing the administration to get the information. Similar suits compelled the Obama administration to set up the regular release of information on visitors to the White House grounds. In the case of President Trump, the lawsuits are asking the U.S. Secret Service to release its information on people who visit any of Mr. Trump’s personal properties while he is there.

Among other things, Democrats claim that President Trump “promised to relinquish control of his businesses” but “didn’t divest from his businesses.”

During his transition, Trump promised he would outline how he planned to divest from his family’s holdings, but he continues to profit from the companies now run by his adult sons.

President Trump also said that his companies wouldn’t seek foreign deals while he served in the White House, but Democrats note that the Trump family companies are pursuing licensing agreements in the Dominican Republic and a property deal in Azerbaijan and has doubled initiation fees at Mar-a-Lago, where several foreigners have signed up as members since Mr. Trump’s inauguration.