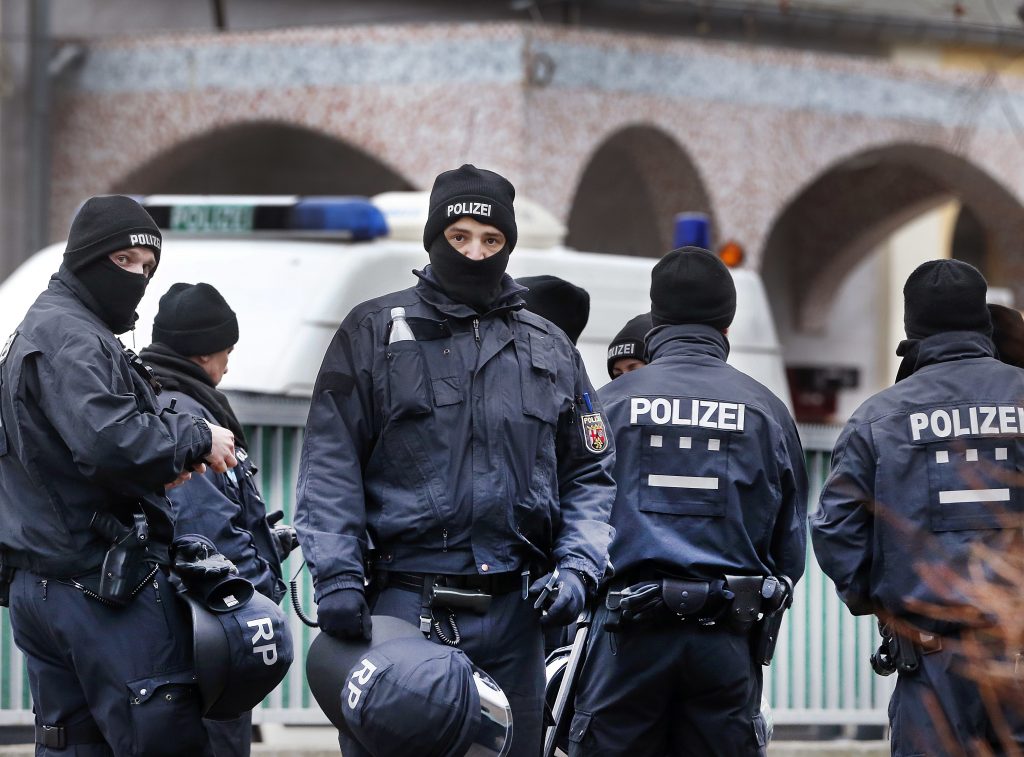 Police on Wednesday arrested a German army officer suspected of posing as a Syrian refugee to carry out an attack that would be blamed on migrants.

According to the Frankfurt prosecutors in charge of the investigation, the 28-year-old, whose name wasn’t revealed in accordance with local customs, lived an incredible double life: He registered as a Syrian refugee under a false name at the end of 2015 and subsequently claimed asylum in Bavaria, where he was assigned a place in a refugee shelter and even received benefits.

Austrian authorities had temporarily detained him earlier this year when he attempted to retrieve a loaded gun he had hidden in a restroom at Vienna airport in January.

The suspect, who held the rank of a lieutenant colonel, was stationed in France, but he was arrested while undergoing training in southern Germany. He now faces charges of plotting a terrorist attack, fraud and violation of gun laws.

A suspected accomplice was also detained following a series of raids in Germany, France and Austria. Police found a variety of weapons and explosives at the 24-year-old student’s house.

Nadja Niesen, spokeswoman of the Frankfurt prosecutor’s office, told reporters that the 28-year-old army officer was of German origin and did not appear to have any Arabic language skills. “Why this went unnoticed, I’m unable to say,” Niesen said, calling the case “curious”.

It was also unclear how much time the man actually spent in the refugee home. “Just because he was stationed in France, it does not mean that he was there every day. He could move freely in his spare time,” a spokeswoman of Germany’s Federal Criminal Police Office told the DPA news service.

A defense ministry spokesman told The Washington Post that he was aware of the incident, but declined to comment further, citing the prosecutor’s ongoing investigation.

According to Niesen, the two suspects exchanged phone messages revealing “a xenophobic attitude.” This, in combination with the main suspect’s assumed identity as a refugee and the discovery of the weapons, led investigators to the assumption that the two men might have plotted an attack to fuel public resentment against asylum seekers. Authorities were not aware, however, of any concrete targets at this point, the spokeswoman added.

The bizarre incident comes amid increasing concerns about potential security risks posed by the hundreds of thousands of migrants who arrived in Germany since 2015, following a string of terrorist attacks. In December last year, for example, a Tunisian man, whose asylum request had been rejected, plowed a truck into a Berlin market, leaving 12 people dead.

On Thursday, the German parliament debated a series of new legislative measures designed to counter the threat posed by international terror, including the possibility of keeping extremists in check after their release from prison by fitting them with electronic ankle bracelets.

The arrest also sheds a spotlight on the chaotic situation in autumn 2015, when German Chancellor Angela Merkel temporarily opened the door for refugees, which, critics say, in many cases led to insufficient vetting of the new arrivals.