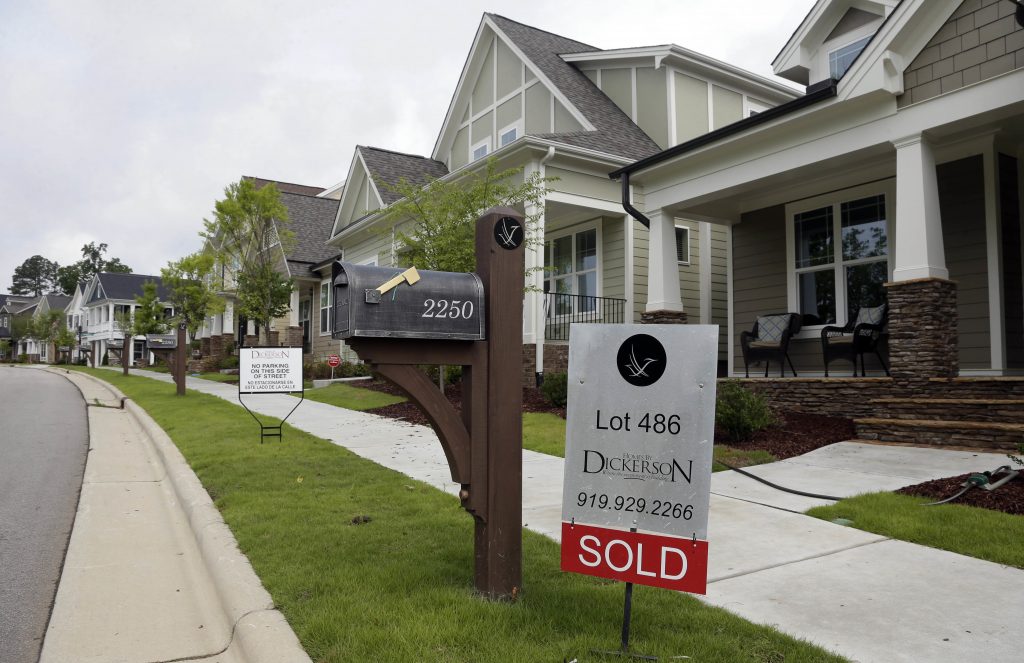 Long-term U.S. mortgage rates rose this week for the first time in five weeks. The benchmark 30-year rate pushed back above the key threshold of 4 percent.

Mortgage buyer Freddie Mac said on Thursday that the average rate on 30-year fixed-rate home loans increased to 4.03 percent from 3.97 percent last week. The rate stood at 3.66 percent a year ago and averaged 3.65 percent in 2016, the lowest level in records dating to 1971.

A separate report on Thursday showed that fewer consumers signed contracts to buy U.S. homes last month as the spring buying season began amid stiff competition for affordable homes and tight supply. The National Association of Realtors said its pending home sales index slipped 0.8 percent to 111.4 in March, from 112.3 in February.

The Realtors reported last week that Americans purchased homes in March at the fastest pace in over a decade, as more people looked to close deals with home prices on the rise.

While mortgage rates have declined in recent weeks, they are widely expected to continue to rise from last year’s record lows, making people eager to buy. The bad news for buyers is that the number of houses for sale has dropped to its lowest level in nearly 20 years.

Mortgage rates often track the yield on the 10-year Treasury note. The yield on the benchmark bond soared last week as its price fell. The yield was at 2.30 percent Wednesday, up from 2.21 percent a week earlier. It rose further to 2.31 percent Thursday morning.

The average fee for a 30-year mortgage was unchanged this week at 0.5 points. The fee on 15-year loans declined to 0.4 point from 0.5 points.