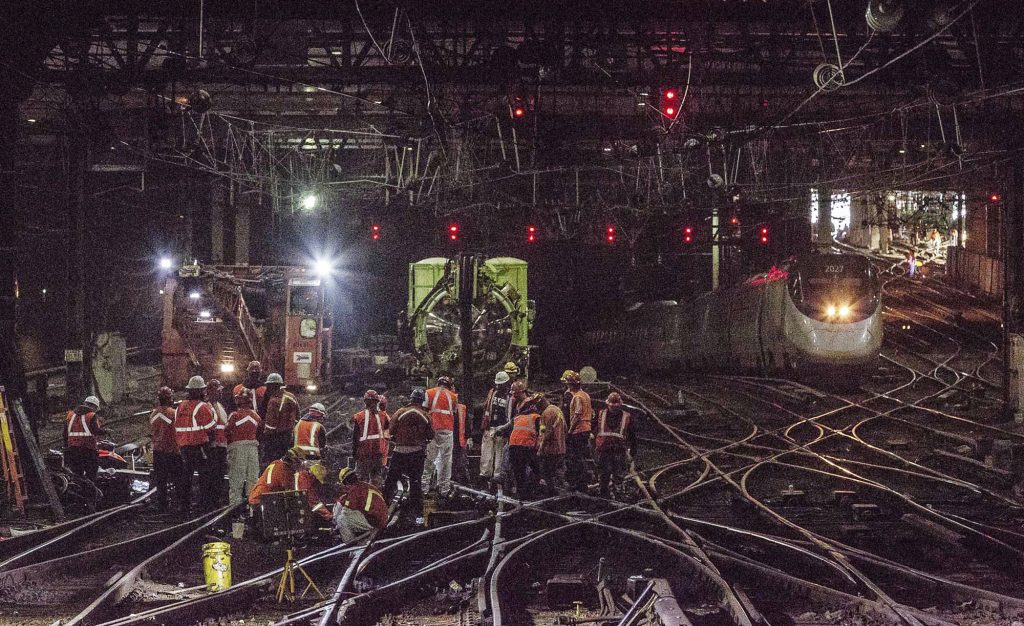 Work on tracks and signals will begin in May and continue through the summer, Amtrak CEO Wick Moorman said. Some work will be done on weekends, but a significant part will be done on weekdays. He didn’t specify how service on Amtrak, the Long Island Rail Road and New Jersey Transit would be affected, and said those details would be finalized during discussions with the two commuter railroads in coming days.

Hundreds of thousands of commuters and travelers from up and down the East Coast pass through the station each day.

In the last month, two trains have derailed and others have become disabled in the station’s tunnels, causing major delays that have rippled across New Jersey and Long Island, and up and down the corridor between Boston and Washington, D.C.

The repair and replacement of tracks and signals is ongoing and was to have been performed over the next two to three years, mainly during off hours, Moorman said. Recent events added urgency.

“Weekend work is not enough to get the most complex work done, and we’ve made the decision that the prudent thing to do is to get this done more quickly,” he said. “But it will have a bigger impact on the station.”

“The events of the past month have shown that we have to step up our game,” he added.

How much commuters will be affected remains unknown. Moorman wouldn’t specify how many tracks would have to be taken out of service or how that would affect rail schedules. After an April 3 derailment, eight of the station’s 21 tracks were closed, causing delays and service cancellations for four days.

A New Jersey Transit spokeswoman said the agency has been in constant communication with Amtrak and has been “reassured that we will be part of the discussion when the plan is finalized.”

Moorman also said Amtrak and the commuter railroads will review the coordination between their different passenger concourses in the station, with the aim of developing a joint operations center to improve responses to service disruptions.