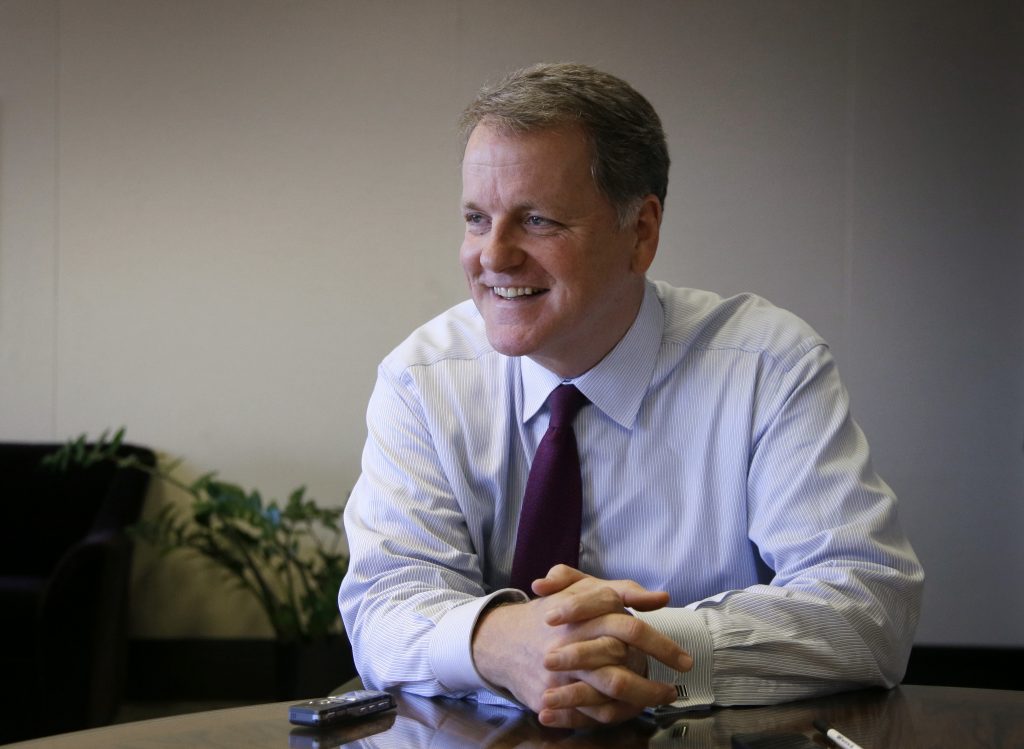 In the three years since he merged US Airways with American Airlines, Chief Executive Officer Doug Parker has been a preacher of sorts, arguing that it’s a new world order for U.S. carriers and that the bad old days are over.

Airline investors, which now include billionaire Warren Buffett, have been leery of this optimism, given the industry’s history of good times begetting bad behavior on worker wages and flight capacity.

The latest battle between labor and capital is in Texas, with American Airlines Group spooking Wall Street yet again by increasing pilot and flight attendant salaries an average of 6.5 percent, or by a total of $930 million through 2019.

“This is a seminal event, and represents the first, credible potential blow to our long-held ‘it’s different this time’ investment thesis,” JPMorgan Chase analyst Jamie Baker wrote Thursday in a client note, calling himself “troubled” by the airline’s “wealth transfer of nearly $1 billion” to labor groups. The bank cut its recommendation on American to neutral from overweight.

Responding to skeptical analysts the day after the pay raise, Parker described the higher wages as a correction to years of “incredibly difficult times” for airline employees. He also adopted a different twist in his long debate with investors: Every bad thing airline owners have feared since the Great Recession has actually happened and profits are still strong.

“All the things that I think people were worried about, we’ve done, and we still have a business that is producing returns like it’s never seen before,” Parker said Thursday, citing a glut of new flying that occurred when fuel prices plunged in 2015, labor wage hikes, and volatility in fuel prices, which began rising last year.

The effort is the airline’s way of responding to employees who have been critical of the large wage gap between American’s rates and those at Delta Air Lines and United Continental, both of which have newer contracts with their pilots and flight attendants. Those contracts had put American’s pilots about 8 percent below the prevailing industry rate and flight attendants about 4 percent lower, according to a letter Parker and President Robert Isom sent employees on Wednesday.

The American flight attendants’ contract can be amended in December 2019, with the pilots’ deal coming open for negotiations the following month. Parker said the pay increases were merely an acceleration of higher costs that were inevitable from the next contracts.

“This investment is going to make a difference in our service,” Parker said Thursday, with the equalized salaries helping Fort Worth-based American close a revenue gap it suffers with other carriers. “And as that happens, all of you will be the beneficiaries,” he said.

Average union employee pay has increased by more than 39 percent since the airline’s December 2013 merger, American said. It’s also worth noting that in April 2015, Parker asked directors to change his compensation entirely to American stock, giving him more personal incentive to drive the share price higher.

Given the industry’s structural changes, Parker has said that American is likely to earn about $5 billion annually before tax, as a long-term baseline, with a $2 billion variance on either side for years that are either weak or strong. His larger point is the consistent black ink on the income statement: a roughly $3 billion profit during a down year that once would have meant red ink.