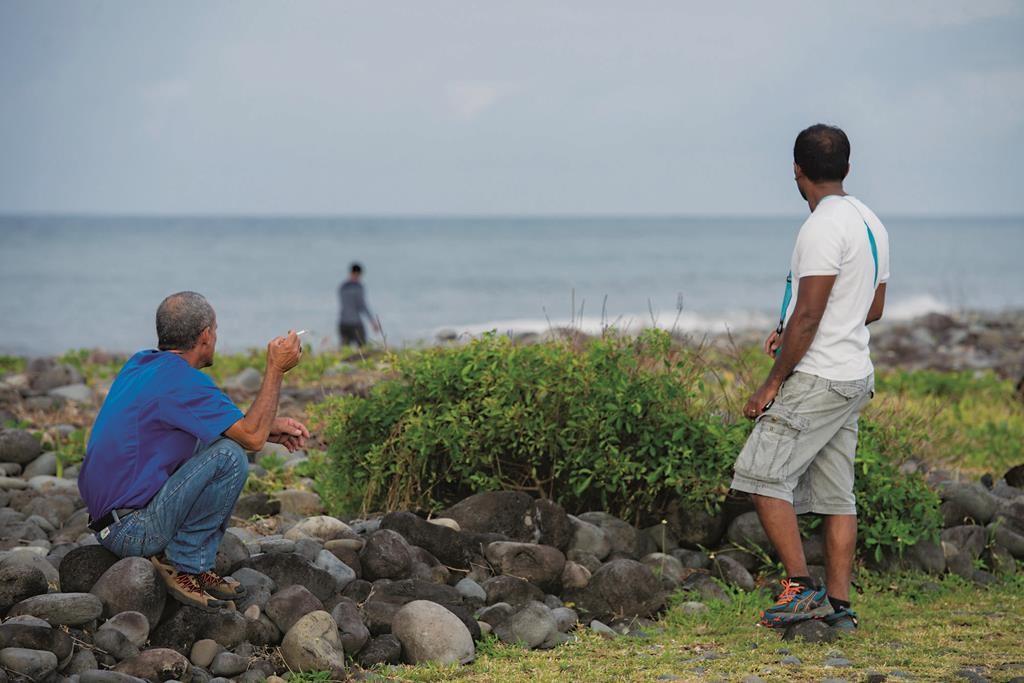 A man suspected of links to radical Islam shot two police officers on the French island of Reunion as they tried to arrest him Thursday, officials said. The incident is under investigation by national counterterrorism prosecutors.

The two officers, from a special national police intervention force, were shot while they were in the town of Saint-Benoit de la Reunion while trying to arrest “a dangerous individual,” according to a statement by the regional administration for the Indian Ocean island.

The man was subdued and arrested, the report said. Paris Prosecutor’s Office spokeswoman Agnes Thibault-Lecuivre told The Associated Press that antiterrorism prosecutors have taken over the investigation, because the man was suspected of links to radical Islam.

Administration spokeswoman Michelle Thomas said the police officers’ injuries were not life-threatening. The man appeared to be acting alone, according to a local Reunion official who was not authorized to be publicly named.

The shooting came a week after a police officer was killed in Paris in an attack claimed by the Islamic State terror group that shook up France’s presidential election campaign.

Various weapons and ingredients used to make Molotov cocktails were found at the flat of a man suspected of wounding two police officers during a shooting incident, France’s Interior Minister said.

Interior Minister Matthias Fekl said in a statement that the suspect’s mother had also been arrested as part of the investigation, along with her son.

The Paris prosecutor’s counterterrorism section opened an investigation into the incident after the two police officers were wounded.

France is under a state of emergency after multiple Islamic terror attacks. Terrorists have notably targeted French security forces, seen as representing the reviled state.

One of France’s biggest overseas territories and located east of Madagascar, Reunion Island is an ethnically diverse island with a mix of religions at the crossroads of historic sea trading routes between Africa, Asia and the Arab world.

French presidential candidates Emmanuel Macron, an independent centrist, and far-right leader Marine Le Pen have both visited the island during the campaign. They meet in a tense runoff election May 7.