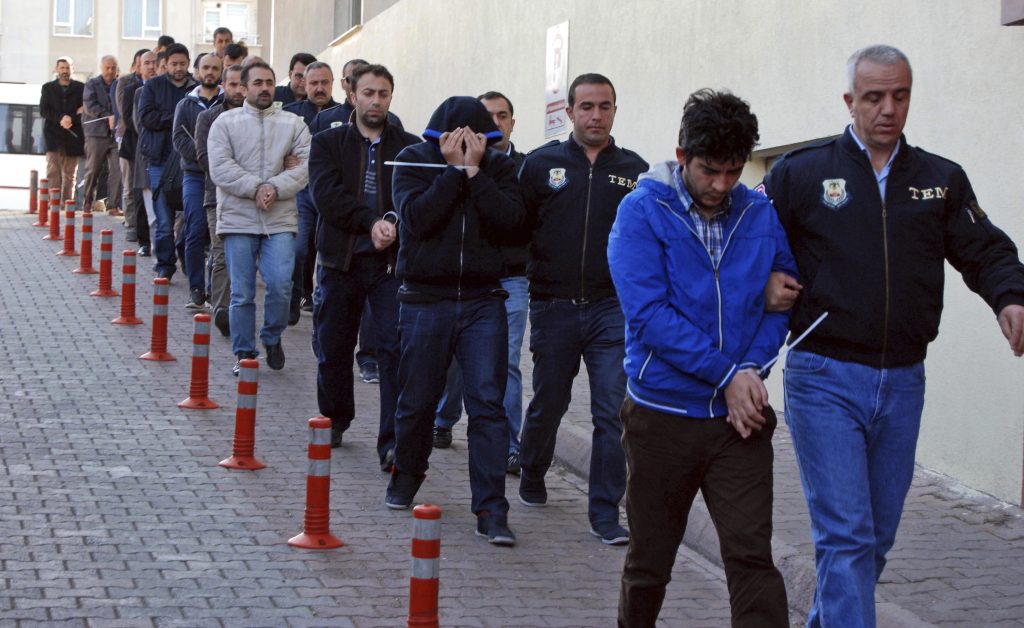 Turkey on Wednesday detained more than 1,000 people with suspected links to U.S.-based cleric Fethullah Gulen and later temporarily suspended some 9,000 personnel from its police force in one of the largest operations in recent months against the movement that is blamed for last summer’s failed military coup.

Police launched simultaneous operations in all of Turkey’s 81 provinces, detaining a total of 1,120 people connected to the police force, the state-run Anadolu Agency reported. Warrants were issued for the detention of 3,224 people, the agency said. It wasn’t immediately clear how many of those detained were police officers.

Hours later, more than 9,000 personnel were temporarily removed from the country’s police force while they were being investigated for possible ties to Gulen’s movement, the agency reported.

Interior Minister Suleyman Soylu described the nationwide operations as an important step toward the government’s aim of “bringing down” the Gulen movement.

The suspects are allegedly Gulen operatives called “secret imams” who are accused of directing followers within the police force.

Soylu said the individuals allegedly “infiltrated the police, tried to lead it from the outside by forming an alternative (police) structure, (by) ignoring the state.”

Turkey’s massive crackdown has soured ties with several European nations and the German government on Wednesday criticized the detention of more than 1,000 people.

Foreign Ministry Spokesman Sebastian Fischer told reporters in Berlin that Germany believes the failed coup needs to be fully investigated “but the measures must adhere to the rule of law.”

Fischer said: “We don’t believe arresting 1,000 people so long after the putsch is really proportionate.”

Gulen has denied orchestrating the coup. Turkey is pressing the United States to extradite him.