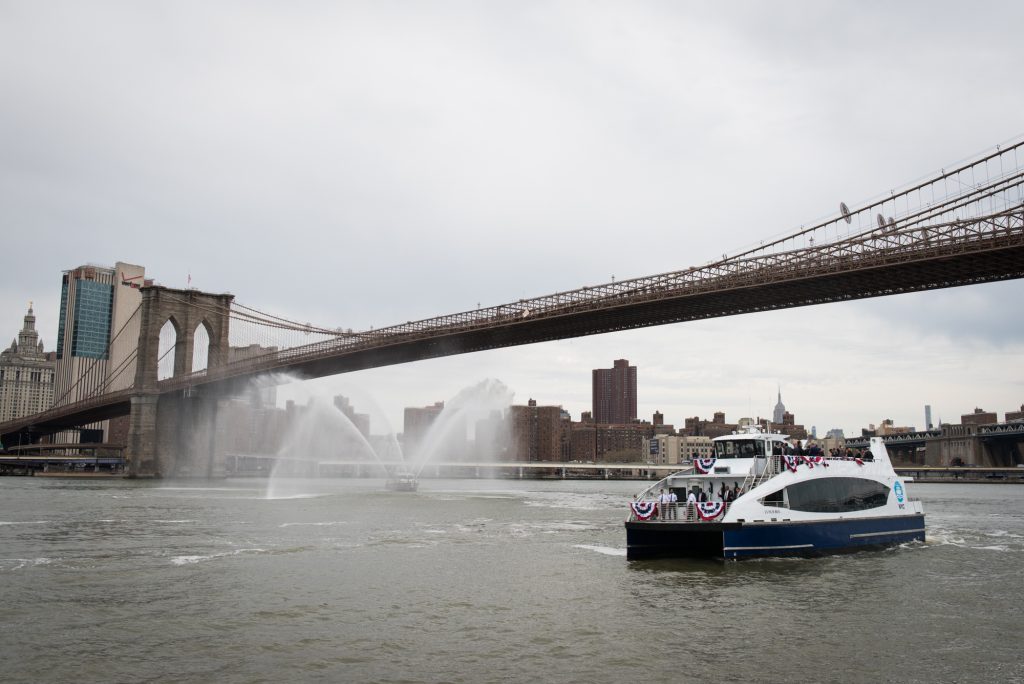 New York will launch its new ferry service a month ahead of schedule on what Mayor Bill de Blasio called the city’s “last frontier” — its waterways — with the first two routes beginning on Monday.

Shipyards in Louisiana and Alabama have been scrambling to get the fleet ready.

De Blasio said that the Rockaway route gets top priority because residents there have some of the city’s longest commutes. The launch will also include an existing East River route whose ferries will be refurbished.

The 22-stop service, officially named NYC Ferry, will link Manhattan with waterfront neighborhoods in Brooklyn, Queens and the Bronx.

A South Brooklyn route will start June 1, followed by an Astoria, Queens, route in August, then the Lower East Side and Bronx routes in 2018.

An estimated 4.6 million passengers a year are expected to use the ferries, which will cut travel times by as much as two-thirds. A ride will cost $2.75 — the same as the subway, and including any transfers — and the ferries will accept MetroCards. Ferries are WiFi capable, and will serve snacks and alcoholic drinks.