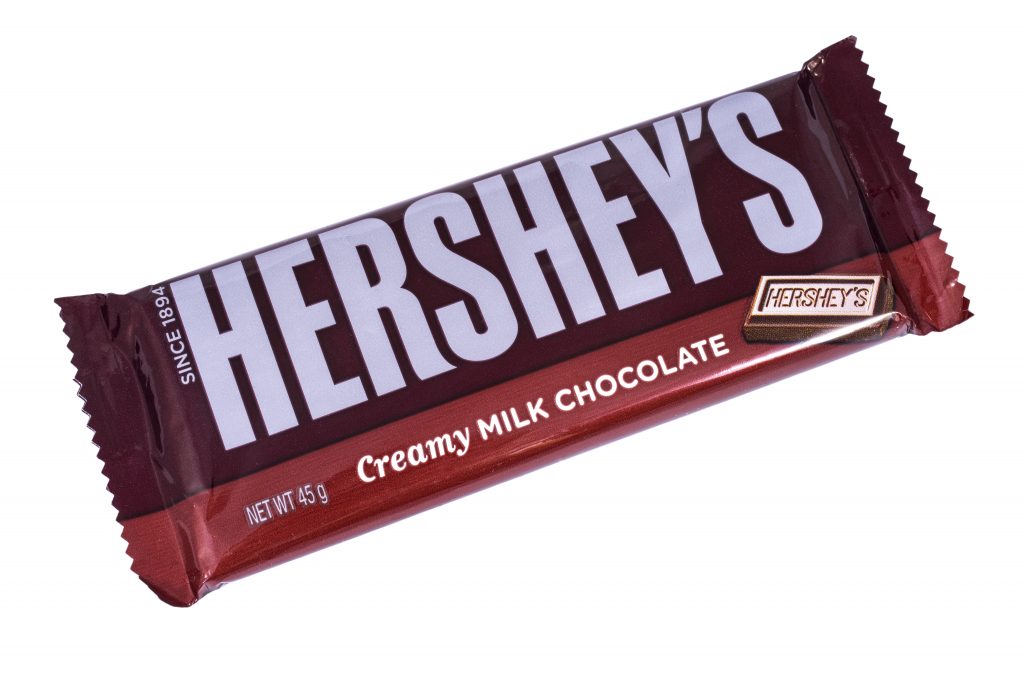 Hershey Co. on Wednesday reported a steep slide in first-quarter profit on a hefty charge, but the results still topped Wall Street expectations.

The Hershey, Pennsylvania-based company saw profit fall 45 percent to $125 million, or 58 cents per share. The drop was due to a $208.7 million charge for property and equipment write-downs.

Earnings, adjusted for one-time gains and costs, were $1.31 per share, which topped Wall Street expectations. The average estimate of six analysts surveyed by Zacks Investment Research was for earnings of $1.26 per share.

The company cited a weaker-than-expected performance in the U.S. and a later Easter holiday as key factors in the lackluster revenue.

Changing shopping habits in the U.S. along with overseas challenges prompted the company to cut its annual sales growth guidance in March to between 2 percent and 4 percent, down from the previous 3 percent to 5 percent. It is also cutting its global workforce by about 15 percent, mainly among its hourly employees outside the U.S.

The company has been trying to refresh its product lineup to better match consumers’ behavior, particularly as people look for snacks that promise some sort of nutritional benefit. One recent example: “snack mixes” that include its chocolates and ingredients like nuts and pretzel balls.

Despite the cautious sales outlook, Hershey expects full-year earnings near the high end of its outlook for $4.72 to $4.81 per share.

Hershey shares have climbed nearly 5 percent since the beginning of the year, while the Standard & Poor’s 500 index has climbed roughly 7 percent. The stock has risen 19 percent in the last 12 months.