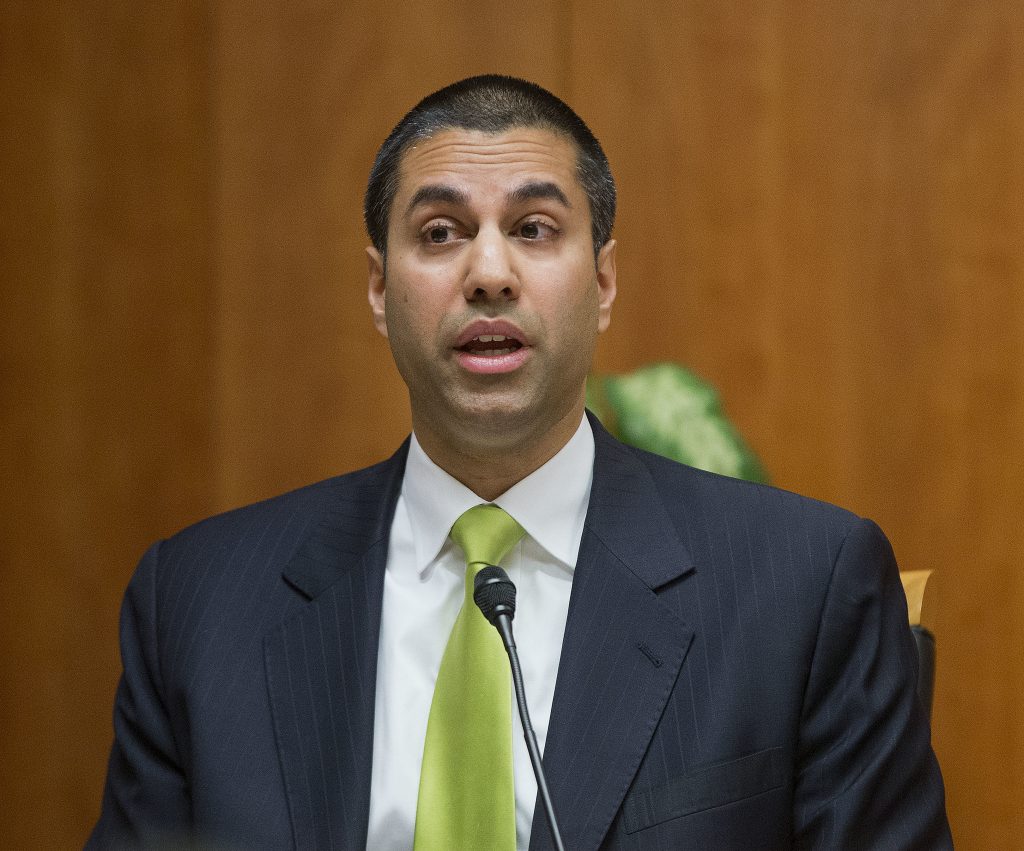 Internet companies are readying for a showdown with a Republican-controlled government over a policy near and dear to their hearts: net neutrality.

Federal Communications Commission Chairman Ajit Pai said in a Wednesday speech that he wants to ditch the Obama-era rules, hated by telecoms, that prevent broadband and wireless companies from interfering with the sites and apps that consumers use. He wants to undo their legal basis and to eliminate the FCC’s broad powers to monitor Verizon, AT&T and Comcast for bad behavior.

Pai, the nation’s chief telecommunications regulator, said he will seek an FCC vote at a May 18 meeting. The FCC plans to release an official proposal for the vote on Thursday.

Pai doesn’t have an immediate plan to replace net neutrality, but is seeking input on how to “approach” its core: three hard-and-fast rules that bar broadband providers from steering users toward (or away from) particular internet sites and services. Existing net-neutrality rules mean companies like Comcast and Verizon – which offer their own video services they’d very much like subscribers to use – can’t slow down or block websites, and can’t charge extra to stream faster.

He said the 2015 rules were unnecessary and have hurt broadband investment, a point contested by activists and companies that support net neutrality.

The internet industry, which considers net neutrality essential for its business, hasn’t stood still as Pai telegraphed his intentions, and it may be keeping some of its most potent tactics in reserve.

Smaller companies have made the loudest noises so far. Engine, a policy group for startups, called up small internet companies to keep them updated and got more than 800 signatures for a letter that urges the FCC not to dismantle the net neutrality rules.

Etsy brought sellers to meet with legislators or their staff members in Washington last month, although the company says the visit involved other issues in addition to net neutrality. Roku, the streaming-video gadget maker, hired lobbyists to set up D.C. meetings for the first time.

The industry’s giants, however, have mostly stayed silent beyond offering blanket statements of support for net neutrality. The Internet Association, which speaks for Facebook, Google, Amazon, Microsoft, Netflix and Uber, earlier called on Pai to support net neutrality, and Wednesday issued a statement warning that his changes would “result in a worse internet for consumers.”

Meanwhile, the FCC chairman has also been looking for allies. Pai traveled to Silicon Valley last week to meet with big tech companies, a visit that was “extremely well received,” according to Oracle senior vice president Ken Glueck. (Oracle sides with the telecom industry in opposing net-neutrality rules.)

At least one big supporter of net neutrality – Netflix – has tempered its rhetoric recently. The company said in January that weaker net neutrality wouldn’t hurt it because it’s now too popular with users for broadband providers to interfere with its service. The company added that it still supports net neutrality “on a public policy basis.”

The tech industry is pretty good at getting consumers on its side when it decides to fight for a cause.

In 2012, internet companies took on the entertainment industry in a fight over online piracy. Thousands of websites, including Wikipedia, one of the internet’s most well-trafficked sites, temporarily went dark to protest legislation that would have given the government power to “blacklist” sites from the internet.

Companies collected millions of signatures and asked users to protest to lawmakers. The bills, which aimed to curb illegal downloads and sales of films and songs as well as other products, were dropped.

In 2014, smaller companies held an “internet slowdown” event to remind users of the net-neutrality fight. Sites displayed a “site loading” icon intended to signify the slowdowns users could theoretically expect without net neutrality. John Oliver also dedicated a show segment to the topic, which raised awareness of an otherwise jargon-y, abstract issue.

But until Wednesday, there had been no net-neutrality development to rally around.

“Next steps haven’t been figured out yet,” Kickstarter general counsel Michal Rosenn said in an interview two weeks ago.

“I certainly think we will try every possible avenue, including reaching back out to John Oliver,” said Engine’s executive director, Evan Engstrom.