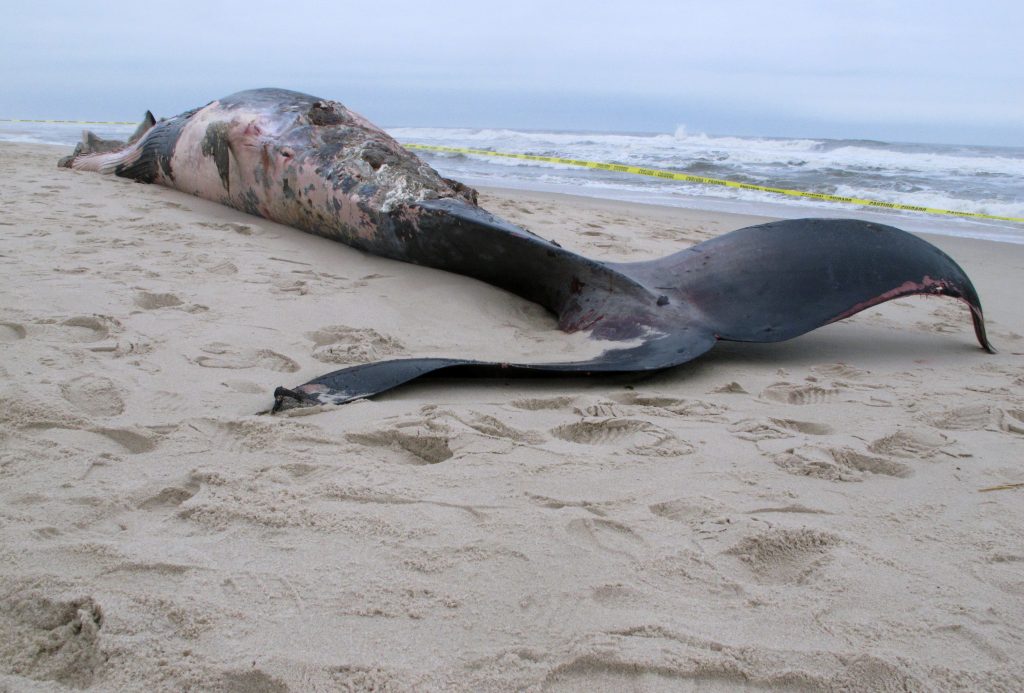 A 43-foot-long whale that washed ashore in Toms River has been dismembered and prepared for disposal.

Technicians from the Marine Mammal Stranding Center cut the 40- to 50-ton whale into smaller pieces and public works crews used a front-end loader to haul them away Wednesday afternoon.

Stranding Center director Bob Schoelkopf (SHELL’-koff) says the animal may have been a Sei (SAY) whale. He says it was first reported dead three days ago by a cruise ship 13 miles off New York City.

By the time it washed ashore Wednesday, it had been chewed on by sharks and was badly decomposed, making it less likely that a cause of death will be determined.

Crews were still debating where to bring the whale’s remains late Wednesday afternoon.