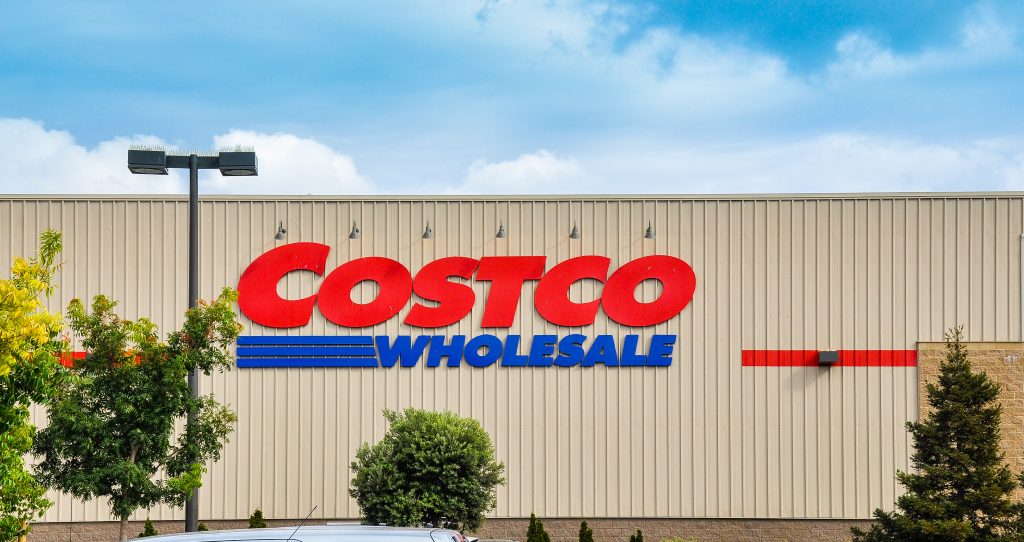 Costco Wholesale Corp., the warehouse-club chain that’s largely avoided the retail industry’s distress, rose the most in nearly three months after saying it would return $3.1 billion to shareholders through a special dividend.

The $7-a-share distribution will be funded primarily from additional borrowings, the company said on Tuesday. The special dividend will be paid on May 26 along with a raised quarterly dividend. The shares rose as much as 3.2 percent in New York, the biggest intraday gain since Feb. 2.

The investor windfall underscores Costco’s status as a standout in U.S. retail, which is suffering from the acceleration of online shopping and a glut of physical stores. Excluding fuel, the company’s U.S. same-store sales jumped 6 percent in March, topping the 3.1 percent gain that analysts had projected. On Tuesday, Moody’s cut its forecast for profit growth across the U.S. retail sector, citing subdued consumer spending.

“Against a challenging retail backdrop, Costco’s unique membership model helps give it a degree of predictability that’s rare in the sector today,” Michael Lasser, an analyst at UBS Group, said in a note. “This has led to steady cash flow generation, which in turn helps support its decision to issue its third special dividend in the past five years.”

The special dividend is the first such payment since the Issaquah, Washington-based retailer handed back $2.2 billion in January 2015. Costco’s regular quarterly dividend was boosted 11 percent to 50 cents a share, the thirteenth straight year in which it’s raised that payout.

The company generates about three-quarters of its annual profit from membership fees, according to analysts at Evercore ISI. It will raise fees for most members by about 10 percent in June, Costco said earlier this year.

“Our strong balance sheet and favorable access to the credit markets allow us to provide shareholders with this dividend, while preserving financial and operational flexibility to continue to grow our business globally,” Chief Financial Officer Richard Galanti said in the statement.

The company’s cash and cash equivalents rose 40 percent in the first half of its fiscal year to $4.7 billion.