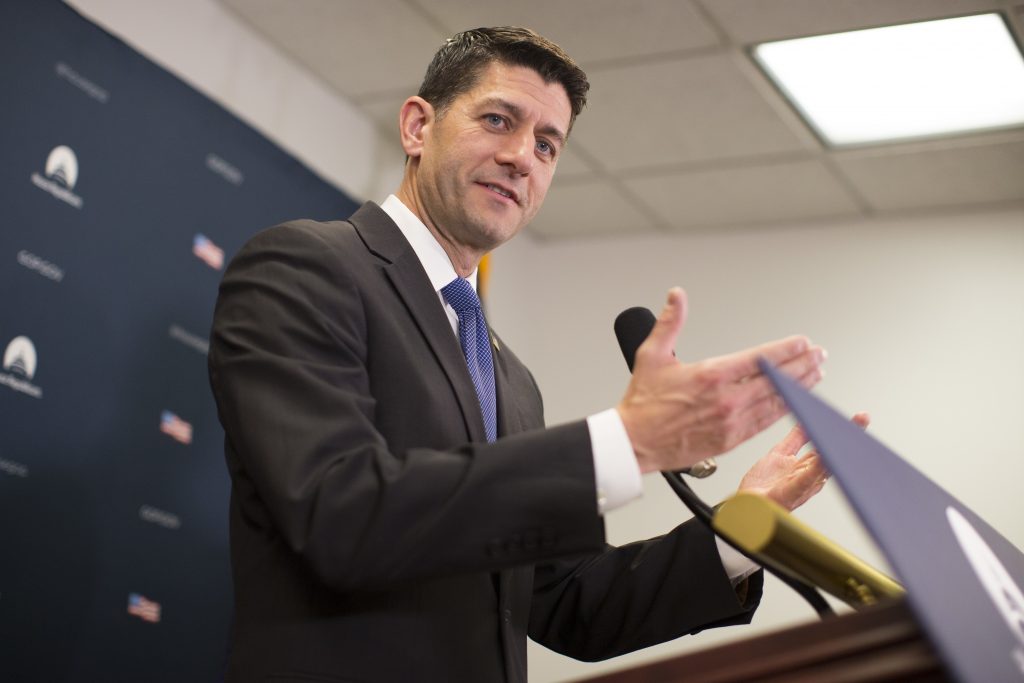 The moribund Republican health-care bill received a jolt of life Wednesday when the conservative House Freedom Caucus endorsed a revised version of the measure. But a leading GOP moderate criticized the reshaped legislation as a conservative exercise in “blame-shifting and face-saving” that wasn’t winning new support from party centrists, leaving its fate unclear.

The embrace by the hard-line Freedom Caucus supplied fresh votes and momentum for GOP leaders, who also lined up behind the plan and are eager to grab a legislative victory for themselves and President Donald Trump. Opposition by most of the caucus’ roughly three dozen members was a major factor when House leaders canceled a vote on the legislation last month in a mortifying setback for themselves and Trump.

The changes would let states escape requirements under President Barack Obama’s health-care law that insurers charge healthy and seriously ill customers the same rates, and cover a list of specified services like maternity care. Conservatives embraced the revisions as a way to lower people’s health-care expenses, but moderates saw them as diminishing coverage because insurers could make policies for their most ill — and expensive — customers too expensive for them to afford.

“I have always campaigned on making sure that no one is denied coverage based on pre-existing condition,” said Rep. Leonard Lance (R-N.J.), who said he remained opposed to the legislation.

The Freedom Caucus turnabout also shifts pressure for passing the bill — a top priority for the GOP — onto party moderates. They are certain to come under intense lobbying from the White House and party leaders to jump on board.

Speaker Paul Ryan (R-Wis.) said the proposal “helps us get to consensus,” but stopped short of saying it would win them enough votes to finally prevail.

In a statement, the Freedom Caucus said while the new package “still does not fully repeal Obamacare, we are prepared to support it to keep our promise to the American people to lower health care costs.”

Many moderates opposed the initial Republican bill before the latest proposed changes, and there were no signs that the revisions converted any of them into supporters. The legislation does things they oppose, including cutting the Medicaid health insurance program for the poor and providing less generous federal subsidies to help people buy coverage than under Obama’s law.

The suggested changes were authored by Reps. Mark Meadows (R-N.C.), chairman of the Freedom Caucus, and Tom MacArthur (R-N.J.), one leader of the moderate House Tuesday Group, along with White House help.

But Rep. Charlie Dent (R-Pa.), another and longer-tenured leader of that 50-member centrist organization, told reporters that those in his group who were against the bill “remain opposed.” He also lashed out at conservatives for advancing the revisions.

“This is simply a matter of blame-shifting and face-saving” for a bill going nowhere, Dent said. He said that if the House measure survives, revised or not, it would be substantially rewritten in the Senate, where it faces broad opposition.

It was unclear exactly how many conservatives were now supporting the bill. Influential conservative Rep. Jim Jordan (R-Ohio) was now backing it, but Rep. Thomas Massie (R-Ky.) said he was leaning no. Rep. Ted Yoho (R-Fla.) said he was undecided and said Meadows told Freedom Caucus members to “vote your conscience.”

Other Republicans said the House should send the measure to the Senate to keep the effort alive.

“Let those guys deal with it for a while,” said Rep. Tom Cole (R-Okla). “They certainly haven’t been particularly helpful in the process and a number of them have been busy rolling hand grenades across the Rotunda for about three months. I’d like to see them wrestle with this for a while.”

In an added boost for the revised bill, a constellation of conservative groups announced support for the measure. These included Americans for Prosperity, which is backed by the wealthy Koch brothers and had opposed an earlier version of the bill for not doing enough to repeal Obama’s statute.

In one point of contention, the proposed changes included a provision exempting members and staffers of Congress if their states obtain waivers to Obama’s coverage mandates. After the language was criticized, MacArthur’s office issued a statement saying he opposed “special treatment” for Congress and would work on separate legislation to change it.