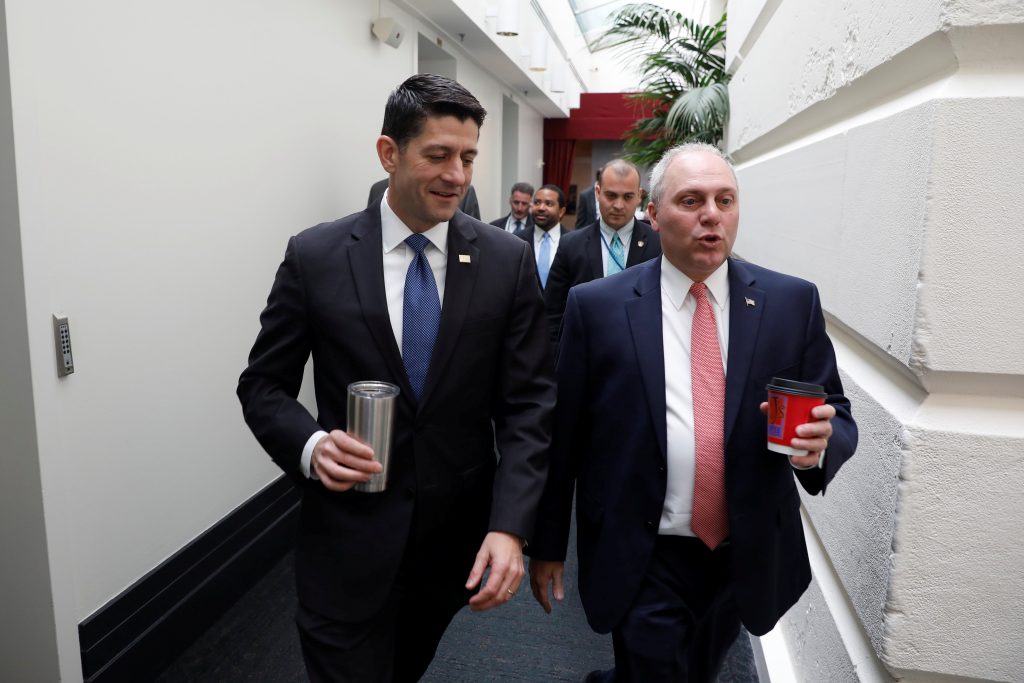 Congress inched toward a deal to fund the government through September but was preparing to possibly extend a midnight Friday deadline in order to wrap up negotiations and avoid an imminent government shutdown.

The one-week extension would give leading Republicans and Democrats “a little breathing room” to finish negotiations and present their plan for spending around $1 trillion through the rest of the fiscal year to rank-and-file lawmakers, according to a House of Representatives source familiar with the talks.

Negotiators were racing against the clock to clear away remaining disputes in the massive spending bill.

The arduous talks have produced at least two major victories for Democrats so far, even though they are the minority party in Congress.

President Donald Trump gave in to Democratic demands that the spending bill not include money to start building the wall he wants to erect on the U.S.-Mexico border. Trump has said the “big, beautiful, powerful” wall is needed to block illegal immigrants and illegal substances from coming into the country.

Mexico has adamantly rejected Trump’s assertion that it would pay for the wall.

Democrats have also gotten the administration to agree to continue funding, at least for now, for a major component of the Affordable Care Act, even though Trump campaigned on a vow to end the program, commonly known as Obamacare.

“While we agreed to go ahead and make the … payments for now, we haven’t made a final decision about future commitments,” a White House official said.

Anthem Inc, one of the largest insurers on the Obamacare exchanges, said on Wednesday that without the government payments, premiums would increase 20 percent next year and that it might have to withdraw from some regions and states.

Both concessions robbed Trump from claiming some major legislative successes he had hoped to achieve in his first 100 days in office, which will be marked on Saturday.

If Congress cannot agree to either a short stopgap funding bill or a longer-term one by midnight Friday, federal agencies will run out of money and likely have to abruptly lay off hundreds of thousands of federal government workers until an appropriations bill is enacted.

Many policymakers are nervous about a repeat of 2013, when the government was shuttered for 17 days.

It was unclear whether Republicans might prevail on their demand for a significant increase in defense spending without similar increases to other domestic programs. Trump has proposed a $30 billion spending boost for the Pentagon for the rest of this fiscal year.

“Our major concerns in these negotiations have been about funding for the wall and uncertainty about … payments crucial to the stability of the marketplaces under the Affordable Care Act. We’ve now made progress on both of these fronts,” House Democratic leader Nancy Pelosi said in a statement.

She added that other disagreements must be ironed out.

“We’re getting really close,” House Speaker Paul Ryan, a Republican, told reporters earlier on Wednesday, adding that negotiators were “getting down to the last, final” areas of disagreement.

Trump’s push for a border wall, a signature campaign proposal, is seen by most Democrats and many Republicans as an ineffective way of securing U.S. borders.

The Trump administration likely will seek money for the wall in legislation funding the government for the fiscal year starting Oct. 1, but lawmakers are likely to balk again.

Senate Majority Leader Mitch McConnell, a Republican from the coal-mining state of Kentucky, threw his weight behind a plan Democrats were insisting on to make a health-care program for coal miners permanent. It was unclear if Ryan would go along.

Even though Trump’s fellow Republicans control both chambers of Congress, they only have 52 seats in the Senate. To amass the 60 votes needed there to pass a spending bill, Republicans will have to win the support of at least some Democratic lawmakers.

Democrats have been seeking immediate assistance for a funding gap in Puerto Rico’s Medicaid program, the federal health insurance program for the poor, saying it is in such bad shape that 1 million people are set to lose healthcare.

Past riders have touched on areas such as banning the Securities and Exchange Commission from requiring corporations to disclose political donations.

Democrats said they were worried Republicans could try to attach language to undo Wall Street reforms enacted after the 2007-09 financial crisis.