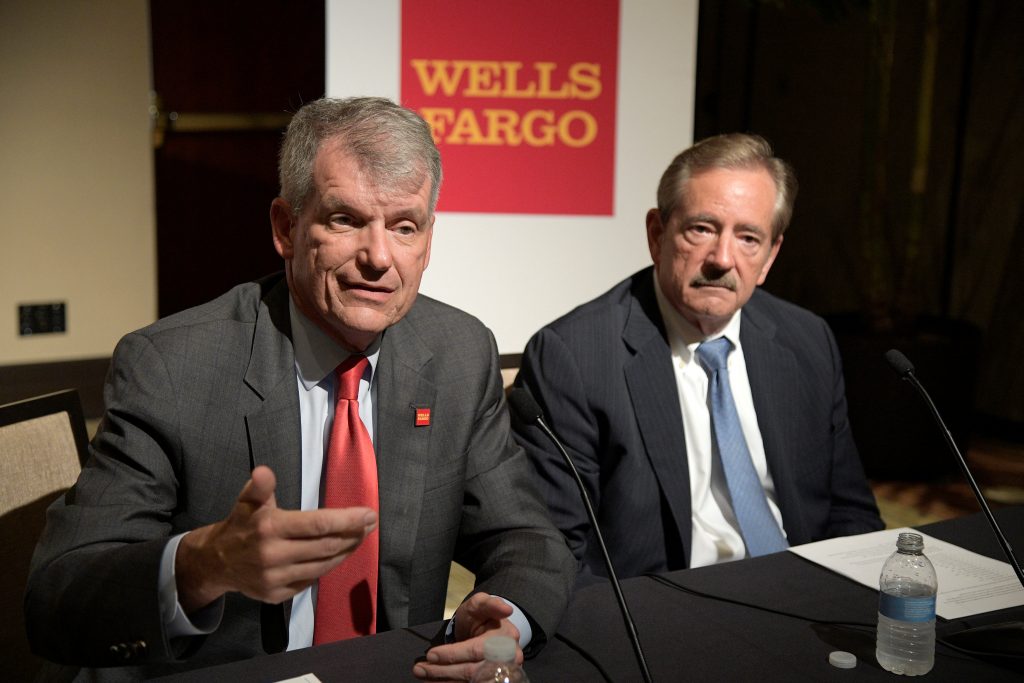 Shareholders irritated by the fallout from Wells Fargo’s sales practices scandal sent a warning to the bank’s executives and board, with some directors barely holding onto their jobs Tuesday in what is typically a symbolic vote.

The shareholder meeting was the first time Wells Fargo had met collectively with its investors since acknowledging last fall that its employees opened up to two million bank accounts without getting customers’ authorization in order to meet unrealistic sales quotes.

While all 15 board members kept their positions for another year, four directors received backing of 60 percent or less. That included Chairman Stephen Sanger, who received 56 percent support.

“Wells Fargo shareholders today have sent the entire board a clear message of dissatisfaction,” Sanger said.

Although shareholders voted everyone in, they were clearly unhappy. All the directors who were at Wells Fargo before the scandal broke got 80 percent or less of shareholders’ votes, based on preliminary results. The three who got 99 percent were CEO Tim Sloan -who got his job in October after former CEO John Stumpf departed – and two independent directors who started earlier this year. Last year, Wells’ board got approvals from at least 90 percent of shareholders – a common level at big corporations.

Sanger said he did not see the slim majority as a vote of no confidence in his role as chairman. And he said the board has no plans to replace any members of the board following the vote.

“They didn’t really have desire to replace any one director, but they did want to send a message to the board,” Sanger said. Sanger did note that at least six members of the board will reach retirement age in the next four years, which will bring some fresh faces onto a board that investors signaled needs to do more to stabilize Wells.

Wells’ contentious, three-hour long shareholder meeting was interrupted several times by protesters, with one man, Bruce Marks with the Neighborhood Assistance Corporation of America, being effectively dragged out by armed security guards. Sanger said Marks had to be removed because he physically approached a board member, something people sitting nearby disputed.

Other protesters were ordered to leave the meeting, escorted by guards but not physically forced to leave.

Shareholders, current and former employees and customers vented their anger, questioning how well board members did their jobs and the work of the company’s auditor.

Many employees who spoke were affiliated with the Committee for Better Banks, a union-backed advocacy group, and called for additional investigation into Wells Fargo’s sales practices, or even calling for union organization. Some customers who came to speak pleaded for mortgage relief.

It would have been a rare move for shareholders to oust the board, since investors typically look for stability at companies they’re putting money into. But the recommendation by two major proxy advisory firms to vote out at least some of the directors meant a small but noticeable chance that at least one director would be voted out.

Other shareholder proposals related to an additional investigation into the bank’s retail sales practices and other corporate governance issues were also rejected by shareholders.

Since the scandal broke and regulators imposed $185 million in fines last September, the bank has changed the way it pays branch employees, reclaimed promised compensation to several executives and apologized to customers. The bank also recently settled a class-action lawsuit to the tune of $142 million related to its sales practices.

Wells’ board has placed blame for the scandal at the feet of former managers, notably former CEO Stumpf and Carrie Tolstedt, who was the executive in charge of the Wells’ community banking division while the problems were happening. Through a lawyer, Tolstedt has denied responsibility and says the board is trying to shift blame.